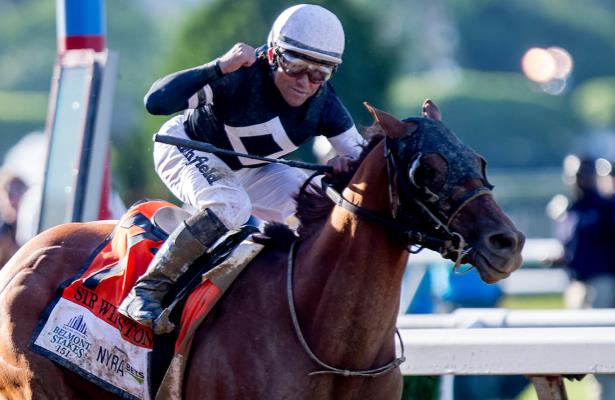 Contested at 1 3/8 miles on Belmont's inner turf course, the $80,000 Tiller, for horses 4 and up, will be the Thursday feature on the second day of racing at the rescheduled meet.

Sir Winston, whose plans to run in the Dubai World Cup (G1) were thwarted, has been on the shelf since winning an allowance race on the main track at Aqueduct on Jan. 31.

Two starts back, he ran over yielding turf when making his comeback to the races, finishing last of 11 in Fair Grounds' Woodchopper Stakes. Casse considered scratching due to the surface but needed to get a race into Sir Winston while eyeing upcoming stakes.

Casse also offered some insight on a handful of his other stakes-caliber horses Friday.

He has Got Stormy penciled in for two Belmont Park events over the 25-day meet.

"She’s going to go to the Beaugay (G3) opening day at Belmont," Casse said. "If all goes well, she’ll go back in the Just a Game (G1) three weeks later." Got Stormy was entered but later scratched from last Saturday's Powder Break Stakes at Gulfstream Park when the race came off the turf. The multiple Grade 1 winner last raced at Santa Anita, where she finished second in the Frank E. Kilroe Mile (G1) on March 7. The $100,000 Beaugay is Belmont's opening day feature on Wednesday, June 3. It measures 1 1/16 miles on the Widener turf course. On Saturday, June 27, the $300,000 Just a Game for older fillies and mares will be run at one mile on the Widener turf. Perfect Alibi is headed to the Acorn (G1) scheduled for Saturday, June 20, Casse said. With a $300,000 purse, the Acorn, for 3-year-old fillies will be run on the main track at one mile. This means a potential matchup against graded winners Venetian Harbor and Tonalist's Shape along with 2-for-2 Gamine out of the Bob Baffert barn. Casse's Sky Mesa filly is looking to make her first start since finishing fourth in the 2019 Breeders' Cup Juvenile Fillies at Santa Anita last November. The multiple graded stakes winner has won three times in six career starts. Casse also mentioned that Hendy Woods, entered in Saturday's Tepin Stakes at Churchill Downs, will not run. "I think we’re going to scratch," Casse said. "As much as I’d like to run in the Tepin, it’s just so crazy tough. We have a good filly. She’s pretty good -- I just don’t know if I want to throw her against those guys right this second."