Ship and win? Out-of-state trainers go 0-for-19 at Del Mar 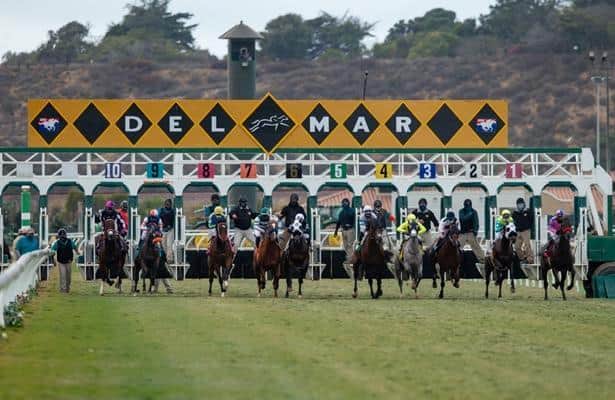 Horsemen from out of state lured to Del Mar by the prospects of “ship and win” bonus money discovered during the first week of the meet that the pickings won’t come easy at the seaside oval.

Through the first week of Del Mar’s eight-week stand, trainers based outside of California went a combined 0-for-19 with only two in-the-money finishes according to Horse Racing Nation’s count.

“Although we didn’t win a race, we took a lot from it. Happy losers,” Sisterson told HRN Tuesday. “We’re just really looking forward to this week’s races.”

This table shows the first-week performances for trainers shipping in to Del Mar.

Del Mar's "ship and win" bonus program is now in its 12th year. To be eligible, horses cannot have raced in California in the past 12 months and, regardless of ownership changes, must have made their last start outside of California.

The only exception is for horses who made their initial “ship and win” starts at Santa Anita in May or June. They remain eligible for bonuses through the Del Mar summer meet.

Del Mar increased its “ship and win” incentives for this meet, and the move paid dividends opening week. Average field size for the first three cards was a robust 10.6 starters per race. That helped lead to daily average handle of $22.35 million, which was a Del Mar record for opening week.

“We were extremely happy with opening weekend,” said Sisterson, who opened a public stable for the Del Mar meet after previously training privately for Calumet Farm. “It was exciting to see big crowds, record handles and great horses run. Yes, they were big competitive fields, but that’s what racing needs. … (Racing secretary) David Jerkens and his team did a great job putting the fields together.”

Sisterson has one horse entered Thursday, none on Friday. Saturday’s card will be drawn on Wednesday. Sisterson, who previously worked on the Southern California circuit as an assistant to Doug O’Neill, also plans to enter Tango Tango Tango in Sunday’s $250,000 Eddie Read (G2) going 1 1/8 miles on turf.

This year’s “ship and win” incentives offered by Del Mar include a $5,000 starter bonus and a 50 percent purse supplement for any dirt runner. For turf races, eligible horses will receive a $4,000 starter fee and 40 percent bonus.

The starter bonuses for both dirt and turf races will be paid for every start an eligible horse makes at the Del Mar summer meet. Additionally, horses who make their initial “ship and win” starts at Del Mar also will have their purse benefits extended through the Santa Anita fall meet.