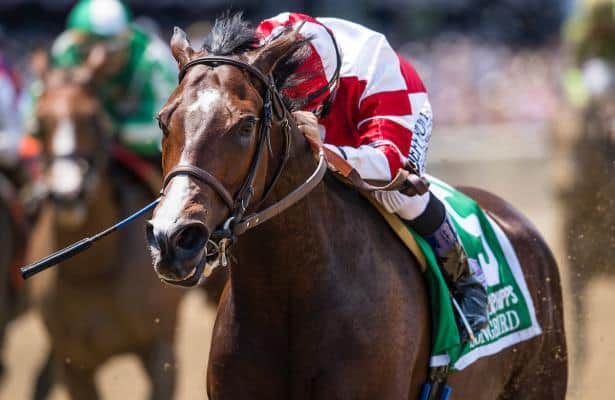 We're years out from discovering how successful the pairing of first-time breeders Songbird and Arrogate will play out on the racetrack. In the meantime, there's a newly born filly being enjoyed by the Timber Town Stable staff in Lexington, Ky.

Mandy Pope, who purchased the champion Songbird for $9.5 million at the 2017 Fasig-Tipton November Sale, arranged the date with Arrogate, who retired after that year's Breeders' Cup Classic.

"Songbird is a fantastic mother and both she and her foal are doing well," they added.

Songbird, who was campaigned by Rick Porter's Fox Hill Farm, won 13 of her 15 career starts. Arrogate meanwhile became a breakout performer the second half of of his 3-year-old season, taking the 2016 Travers Stakes in record time to begin an impressive streak of victories that ended with his last-to-first Dubai World Cup effort. Arrogate stands at Juddmonte Farms for an advertised fee of $75,000.