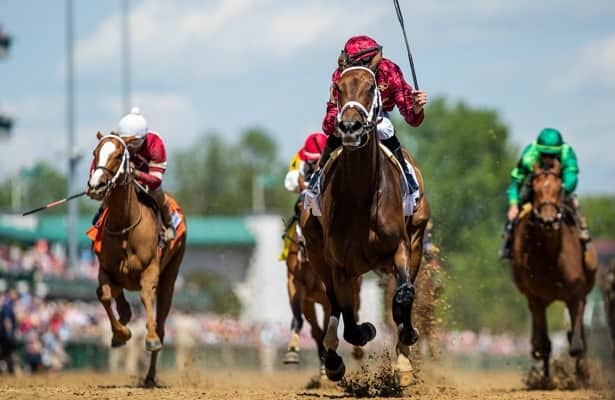 Trainer Brad Cox said Thursday afternoon that multiple Grade 1 winner Shedaresthedevil should return to his barn early next month to begin serious preparations for a 2022 campaign that figures to again unfold at Oaklawn.

Co-owned by Staton Flurry of Hot Springs, Shedaresthedevil opened 2021 with a victory over Letruksa in the $350,000 Azeri Stakes (G2) for older fillies and mares in March at Oaklawn. Her final start this year was a sixth-place finish in the $2 million Breeders’ Cup Distaff (G1) Nov. 6 at Del Mar.

Shedaresthedevil, as a racing/broodmare prospect, sold for $5 million at Fasig-Tipton’s Fall Mixed Sale Nov. 9, but will remain with Cox for a 2022 campaign. Flurry said the 4-year-old daughter of Daredevil received a 30-day break following the Breeders’ Cup and is now in light training at new co-owner Mandy Pope’s farm in Florida.

“I think those are realistic goals,” Cox said. “We’ll get her back and probably ship her to the Fair Grounds and train her here and just kind of see how things go. I’m excited about hopefully taking a big swing at the Apple Blossom.”

Cox just missed sweeping Oaklawn’s series of two-turn stakes races for older fillies and mares in 2021. Cox won the $150,000 Pippin with Getridofwhatailesu, $250,000 Bayakoa (G3) with two-time Eclipse Award winner Monomoy Girl and the Azeri with Shedaresthedevil. Monomoy Girl, in what would be her final career start, was beaten a nose by Letruska in the Apple Blossom. The Apple Blossom is the final race in the series.

Letruska, also ticketed to run next year, is the front-runner for an Eclipse Award as the country’s top older dirt female of 2021.

Shedaresthedevil won the $300,000 Honeybee Stakes (G3) for 3-year-old fillies in 2020 at Oaklawn before capturing the $1.25 million Kentucky Oaks (G1) later that year at Churchill Downs.

Flurry has owned a piece of Shedaresthedevil since November 2019.