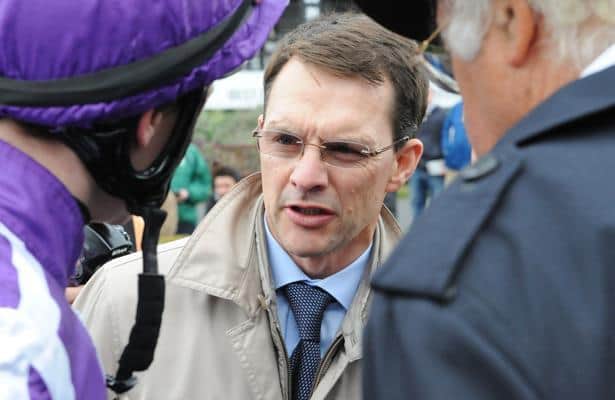 One week after breaking his maiden, Serpentine pulled a massive upset Saturday in the Group 1 Epsom Derby.

Going off at odds of 31-1 in U.S. markets, the Aidan O’Brien trainee went straight to the lead under jockey Emmet McNamara in the 1½-mile classic. Serpentine built a comfortable lead early on in the field of 16 3-year-olds, as Khalifa Sat, Amhran Na Bhfiann and Max Vega chased.

Serpentine widened his lead coming down the hill, building it out to an advantage of 12 lengths going around the final turn. There was never a doubt heading for home, as the Galileo colt powered on for a six-length score.

The Epsom Derby marked only the fourth start of Serpentine’s career and his stakes debut. He made three maiden weight for age starts, collecting his first win June 27 at Curragh.

Khalifa Sat and Amhran Na Bhfiann, both also running Saturday at massive odds, finished second and third, respectively. They combined with winner Serpentine for a $1 exacta that paid $1,643.90 in U.S. markets and a $1 trifecta that returned $29,882.90.