Here are the latest movers in our 2021 Kentucky Derby rankings 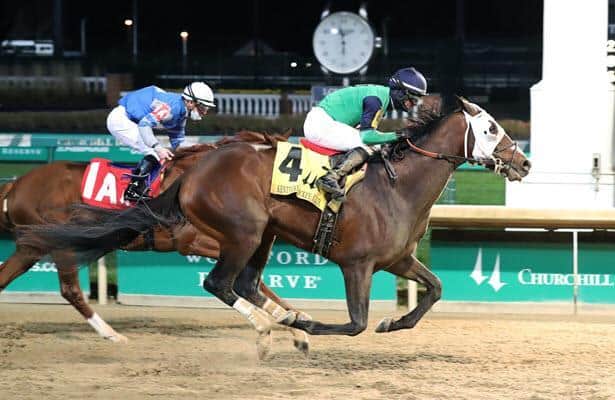 With the Kentucky Derby six months away, new faces will continue to emerge each week. This is the time of the year when upside is often valued over proven form.

Bob Baffert's impressive debut winner Life Is Good closed at lower odds in round one of the Kentucky Derby Future Wager than Essential Quality, who already is a multiple Grade 1 winner.

As the prep races and distances of these races increase, we will continue to learn more, but there already is plenty to be excited about with this year's Juvenile class as they get set to turn 3.

Below we take a closer look at the Derby prospects who are rising and falling and at key upcoming prep races.

Keepmeinmind — Robertino Diodoro's colt was one of the most accomplished maidens in a long time after placing second in the Breeders' Futurity (G1) and third in the Breeders' Cup Juvenile (G1). He broke his maiden in a big way in the Kentucky Jockey Club (G2), which helped solidify the form of this year's Juvenile.

Life Is Good — He has quickly become the buzz horse on the early Kentucky Derby Trail after his dominant debut score at Del Mar earned him a 90 Beyer Speed Figure. Bred by Into Mischief and trained by Bob Baffert, his ties to 2020 Kentucky Derby winner Authentic have only strengthened his early support. He could be any type and will have a chance to prove himself around two turns in the Sham Stakes on Jan. 2 at Santa Anita.

Red Flag — The patient John Shirreffs is not known for having 2-year-old stakes winners, which makes this colt's romping win in Del Mar's Bob Hope Stakes (G3) all the more impressive. That was only his second try on dirt after breaking maiden on turf, and this son of Tamarkuz looks like a horse who will improve with distance.

Mandaloun — Brad Cox and Juddmonte Farms appear to have a very talented son of Into Mischief. He followed a maiden score with an allowance win at Churchill Downs and has plenty of upside.

Sittin on Go — Dale Romans' colt gained some early buzz after winning the Iroquois (G3), but like stablemate Dennis' Moment in 2019, he has failed to build on that win. He was ninth in the Breeder' Cup Juvenile and sixth in the Kentucky Jockey Club.

King Fury — He was a popular pick in the Kentucky Jockey Club but could manage only a fifth-place finish. He looked good breaking maiden and winning the Street Sense, but has now run eighth, seventh and fifth in three graded stakes attempts.

The contender rankings are generated by user and staff ratings for 2-year-old male horses. If the list is missing a horse you are watching, you may add that horse, rate it and watch it climb the ladder. Click here for more on HRN's Power Rankings and voting.

Below is a screen shot of the top 15 contenders. Go to the complete list of 2-year-old rankings to see all the contenders for the 2021 Kentucky Derby. 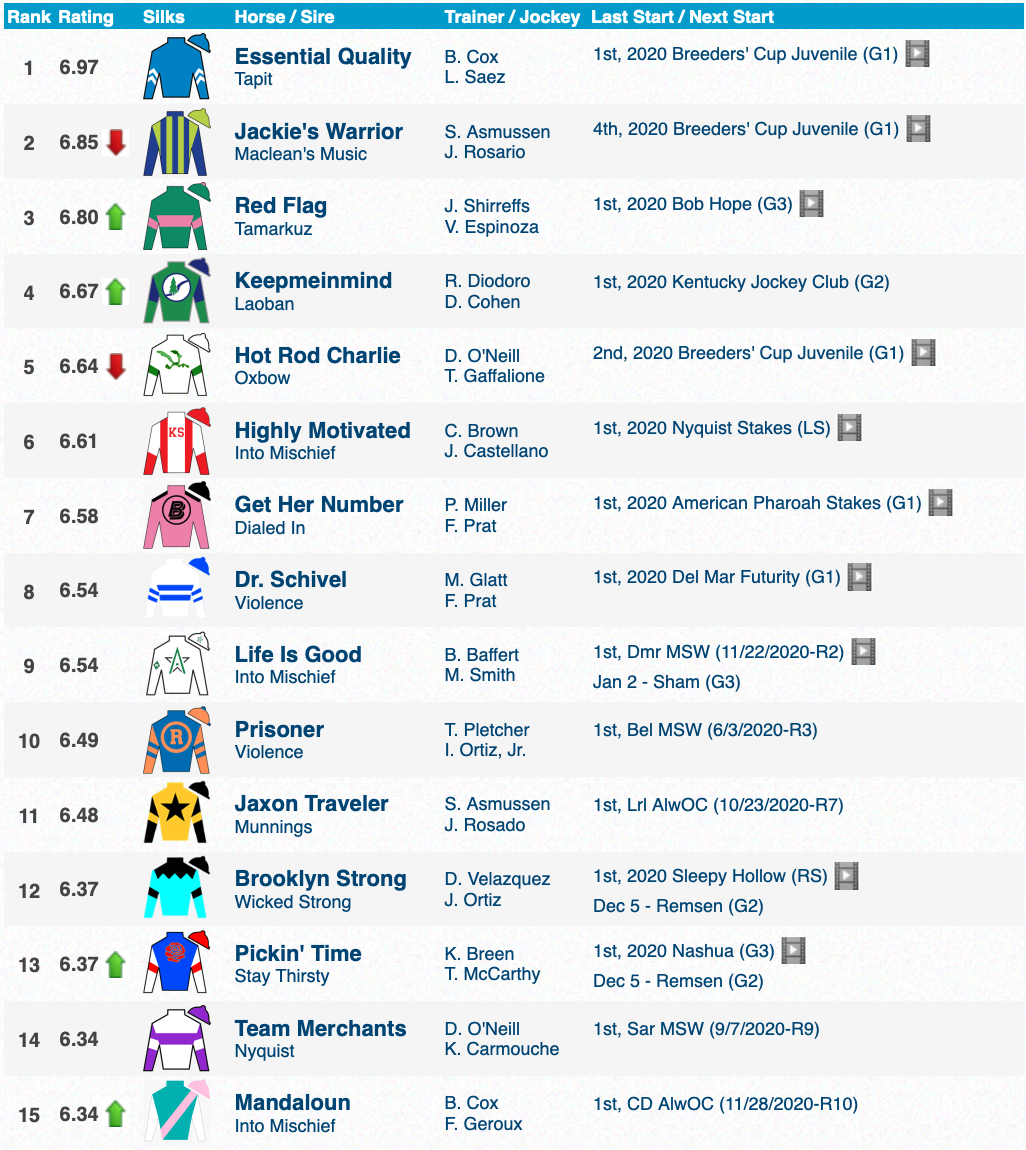