See the 10 Americans, 4 favorites this week at Royal Ascot 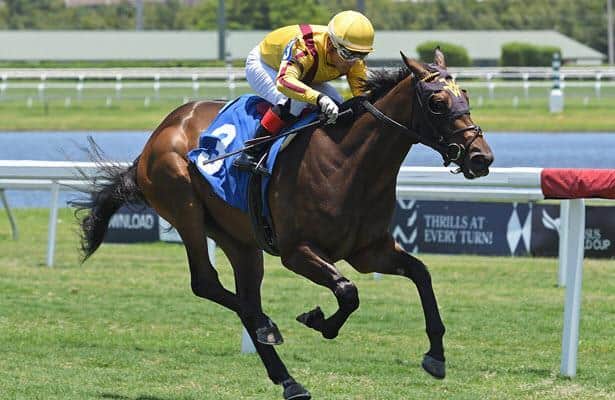 Trainer Wesley Ward has the early betting favorites in four races this week at Royal Ascot, where his eight runners lead the American contingent into the meet that runs Tuesday through Saturday.

Kaufymaker, cross-entered in Tuesday’s Coventry (G2) and Friday’s Albany (G3), will run in the Coventry, Ward confirmed in a text message to Horse Racing Nation. Ward will not have a runner in the Albany, as Golden Bell, his other entry, will run Wednesday in the Windsor Castle, going five furlongs.

Kaufymaker, who will be ridden by John Velazquez, sits as the 11-2 second choice in the six-furlong Coventry for 2-year-olds behind Dhabab, trained by John and Thady Gosden, who currently holds 5-1 odds in European betting.

Ward will have another runner Friday with Maven in the King’s Stand (G1), a five-furlong sprint for ages 3 and up. Maven, who will also be ridden by Velazquez, currently stands as a 20-1 long shot.

Campanelle also stands as a 5-1 favorite for Ward in the Commonwealth Cup (G1), a six-furlong event for 3-year-olds.

Besides Walsh and Ward’s entries, the only other American runner will be Artos, the 8-1 second choice in the Queen Mary, for trainer Rusty Arnold. Ridden by Frankie Dettori, Artos is Arnold’s first ever entry at Royal Ascot.