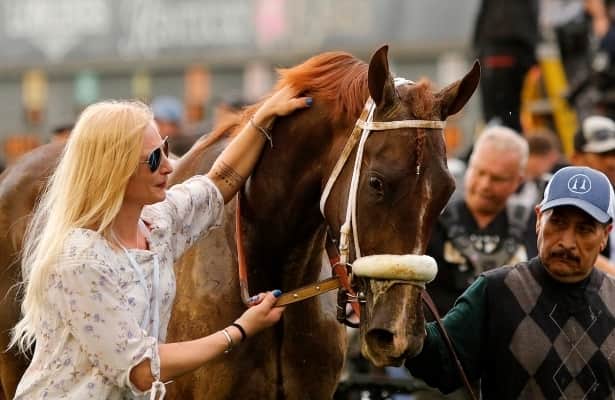 “After the Oaks, we researched who was going and discussed it thoroughly to try and get a feel of the race,” Hall of fame trainer D. Wayne Lukas said. “We checked her after the Oaks and found she was full of life and enjoyed going back to the track. One of the deciding factors was after the Preakness she’ll have an eight-week break and wait for the (July 23, $500,000) Coaching Club American Oaks (G1). It will be important to get that break after the Preakness and then she’ll get another month off before the (Aug. 20, $600,000) Alabama (G1).”

“If she puts the Preakness on her résumé, it will take her to another level,” Lukas said. “She’ll be thought of as one of the really good ones.”

Owner Rick Dawson reported Thursday that Kentucky Derby winner Rich Strike would bypass the Preakness in favor of the June 11, $1.5 million Belmont Stakes (G1). Rich Strike’s trainer, Eric Reed, will discuss that decision plus relive the victory in last Saturday’s Run for the Roses on “Inside Churchill Downs” Friday at 6 p.m. The one-hour radio show will air on ESPN 680/105.7 and on www.espnlouisville.com.