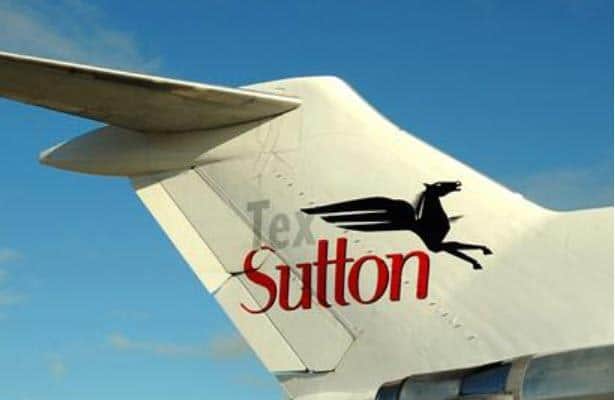 Tex Sutton Equine Air Transportation has had an arduous year in 2021. It lost its airplane when a contract expired with a cargo airline that had previously provided the company with an aircraft for charter flights. The company since has been scrambling to find a new plane, all the while working with FedEx to provide some form of air shipping.

The search for a new provider has been unfruitful, forcing the charter of two FedEx flights to get horses to the Breeders’ Cup on Nov. 5 and 6 at Del Mar from the Midwest and East Coast.

“I think everybody’s really frustrated with the whole situation,” Tex Sutton sales manager Greg Otteson told Horse Racing Nation. “I don’t blame them. We’re frustrated as well, because it’s not business as usual for us. However, we appreciate the fact that we do have FedEx, or we would be out of business, and the horsemen would be going by road to California.”

One of the flights is set to leave next Sunday from Newark, N.J. The other will take off next Monday from Indianapolis. Both will land in San Diego.

For trainer Paulo Lobo, who will have three horses going to Del Mar from Kentucky, the 2021 system could mean less trouble on the back end despite having to van to Indianapolis to catch the plane.

“The beauty of this thing on Nov. 1 is that we’re going to land in San Diego, not Los Angeles,” Lobo said. “San Diego is very, very close (21 miles) to Del Mar. If you land in L.A., it can take three or four hours to get to Del Mar.”

After the announcement, the question became whether the Breeders’ Cup card would feature fewer horses from Kentucky and New York because of hesitant trainers. Neil Pessin expressed his concern after Bell’s the One earned a “win and you’re in” berth to the Filly & Mare Sprint by winning the Thoroughbred Club of America (G2) at Keeneland.

“There’s a little concern about putting a $2 million mare on a plane where you don’t know the people that are on there with her,” Pessin said after the Nov. 9 race. “And being put in a crate, she’s never been put in a crate before.”

On Thursday, Pessin confirmed that the 5-year-old will not make the trip to California, citing the airplane situation as a main reason. Bell’s the One instead will stay in Kentucky to target the $300,000 Dream Supreme on Nov. 13 at Churchill Downs.

“Just didn’t like the logistics of shipping,” Pessin said in a text message.

Pessin is not the only trainer to dislike the idea of the FedEx flights. Michelle Lovell will not have a horse in the Breeders’ Cup, largely for reasons beside shipping concerns. But she also said she did not like the idea of sending the rambunctious Just Might, who ran in the 2020 Breeders’ Cup Sprint at Keeneland, on a plane.

“There's a lot of good horses there, and you’re running against all of them as good or better than you,” Lovell said. “And you’re making the trip in a FedEx box. I just can’t see him doing well.”

Trainers will not be able to send their own handlers with the horses on the flights. They instead will be reliant on Tex Sutton employees.

Despite concerns by trainers, most still will be sending since the flights are the only air travel available to the Breeders’ Cup. Several trainers said they would not expect the issue to have much impact on fields at Del Mar.

“With 2-year-olds especially, there’s no race to replace the Breeders’ Cup Juvenile,” said trainer Dale Romans, who will have Giant Game in that race. “Whoever wins there is going to be champion, so we’re not letting travel get in the way of giving us a shot at it.”

Lobo said he also would not expect the situation to discourage many trainers from sending their best to California.

Otteson said that with few exceptions, the FedEx issue would not be the sole reason for connections opting to not send their horses to Del Mar.

“They’re wanting to run” Otteson said. “Especially the bigger trainers that do ship a lot, have flown horses on FedEx before. They’ve had success doing so, so it’s business as usual.”

In the meantime, Tex Sutton continues its quest to resume usual operations with another plane provider. Various reasons, including nationwide shipping problems, have stifled it. Otteson said the company is negotiating a deal with an airline, although it would not fully be available until next summer.

“It is looking promising,” Otteson said. “In addition, we would continue to do the FedEx flights in addition to the charters.”

Breeders’ Cup pre-entries will be taken Monday and announced Wednesday.