Señor Buscador is off Kentucky Derby trail with ligament strain 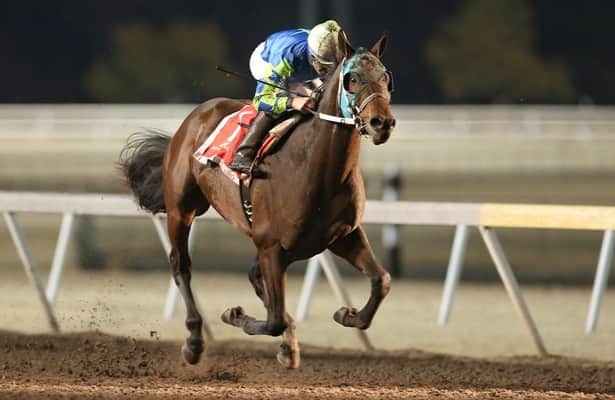 Señor Buscador, winner of a points prep last fall, has been taken off the Kentucky Derby trail because of what is believed to be a minor ligament injury.

“A mild strain, we believe,” trainer Todd Fincher said Sunday in a text to HRN. “He will be getting evaluated this week with a more thorough evaluation.”

HorseRacing.net first posted the story that the Remington Springboard Mile victor was diagnosed Saturday, the morning after a four-furlong, 49.6-second breeze at Sam Houston Race Park. Fincher said the Mineshaft colt would be given an indefinite break.

In his most recent race Señor Buscador finished fifth to Mandaloun on Feb. 13 as the 5-2 second choice in the Risen Star (G2) at the Fair Grounds.

Because he was out of the top four in the Risen Star, and because he was on Lasix in the Springboard Mile, Señor Buscador had no qualifying points for the Kentucky Derby. New medication rules limit Derby points to horses racing off Lasix.

Señor Buscador had been best-priced at 55-1 this weekend in Las Vegas futures for the Kentucky Derby.Sun