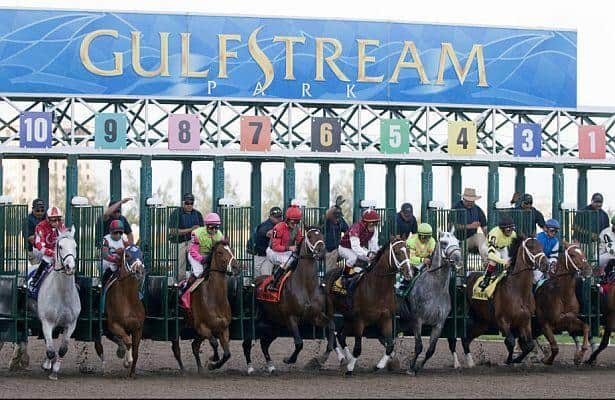 The Rainbow 6 carryover jackpot is paid out only when there is a single ticket sold with all six winners. On days when there is no unique ticket, 70 percent of that day’s pool goes back to those bettors holding tickets with the most winners, while 30 percent is carried over to the jackpot pool.

Last May, the Rainbow 6 generated an all-time Pick 6 payoff when a $6.6 million jackpot was paid out to a Palm Beach bettor.

Guaranteed Late 4, Pick 5 Pools on Weekends in January
Starting this weekend, there will be guaranteed pools in both the late Pick 4 and Pick 5 on every Saturday and Sunday in January.

Lemon Up Dominant in Maiden Victory
Lemon Up, a 4-year-old gelding making his third lifetime start, cruised to a 21 ¼-length triumph in Friday’s second race.

Trained by Kirk Ziadie for Averill Racing and ridden by apprentice Eric Rodriguez, Lemon Up broke on top from Post 3 in a field of nine and never looked back through fractions of 22.20 seconds, 44.54 and 56.54, completing the six furlongs in 1:09.47.