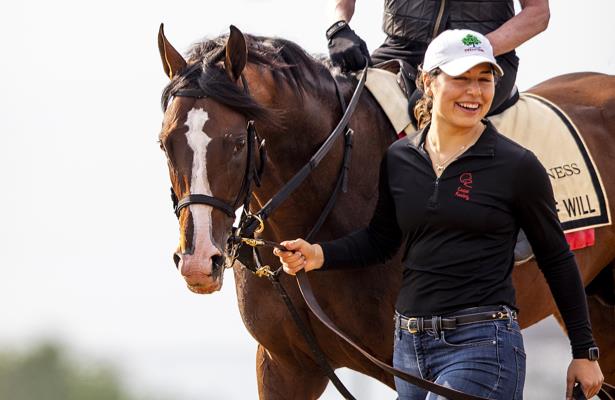 After Saturday's Haskell Invitational (G1), the focus on the 3-year-old division will shift to Saratoga and the track's two local preps for the Aug. 24 Travers Stakes (G1).

Accordingly, the New York Racing Association has provided updated probables for the $100,000 Curlin Stakes on Friday, July 26, which precedes the Grade 2, $600,000 Jim Dandy on Saturday, July 27.

The Curlin, restricted to sophomores without a graded stakes win at longer than a mile in 2019, runs at nine furlongs. A trio of contenders stands out:

• Cairo Cat would be making his first start since winning Churchill Downs' Iroquois (G3) last September. Trainer Kenny McPeek pointed him to the Breeders' Cup Juvenile from there, but the colt suffered an injury requiring time off.

• Endorsed, who has just once gone longer than six furlongs, will stretch out for the connections of Kiaran McLaughlin and Godolphin. He returned for a winning 3-year-old debut June 23 in allowance optional claiming company at Belmont Park.

• While Chad Brown wasn't represented throughout the Triple Crown series, Looking At Bikinis could be his Travers contender. He's 2-for-2 with a debut last September and return score against winners on June 27.

Other probables include Grumps Little Tots and Rowayton, while Feel Glorious, Hotsy Totsy and Panther Hit are possibles.

The Jim Dandy, also at 1 1/8 miles, is arguably coming up stronger than the Haskell. NYRA's probables include Preakness Stakes winner War of Will; Belmont Stakes runner-up Tacitus; Global Campaign, off since winning the Peter Pan (G3) back in May; stakes winner and Preakness runner Laughing Fox; plus Tax, who competed in two legs of the Triple Crown.

There are three more to keep an eye on:

• Code of Honor, the Derby runner-up, returned a stylish winner of the Dwyer Stakes (G3) earlier this month at Belmont. Trainer Shug McGaughey said he'd like to run in both the Jim Dandy and Travers, but the latter is the primary goal.

• Ohio Derby (G3) winner Owendale, also third in the Preakness, is back on the work tab at Churchill Downs for trainer Brad Cox.

• Highest Honors shares a common owner/breeder with Code of Honor in W.S. Farish and broke his maiden June 1 for Brown, who has him back breezing at Saratoga. He also has the Curlin as an option.