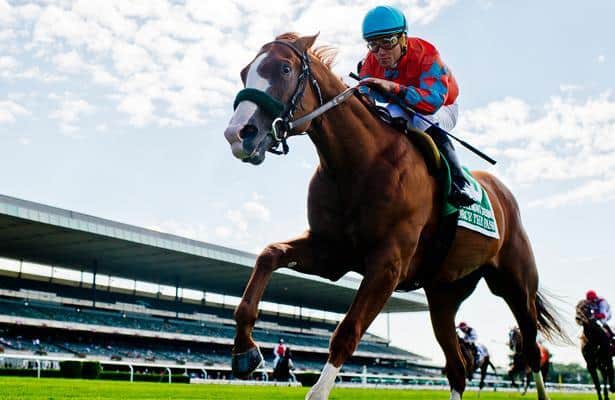 The fields are shaping up for an exciting fourth week of racing for the summer Saratoga meet, highlighted by Grade 1, $500,000 Fourstardave Handicap at one mile on the turf on Saturday, August 13.

Wednesday's action will be highlighted by the $100,000 Tale Of The Cat over six furlongs on the main track, where Hall of Famer Bob Baffert's Jimbo Fallon is expected to make his stakes debut. Also targeting the race are Chief Lion, Dads Caps, Green Gratto, Lewys Vaporizer and The Truth Or Else. A pair of entries for trainer Ian Wilkes - Gorgeous Bird and Viva Majorca - are likely as well. Ready For Rye and Stallwalkin' Dude are possible.

Sunday's live racing program will feature the Grade 2, $200,000 Saratoga Special. Trainer Todd Pletcher's Sonic Mule will make his graded stakes debut after breaking his maiden last out; trainer Steve Asmussen's Tip Tap Tapizar is coming off a third-place finish in his stakes debut in the Grade 3 Bashford Manor. Gunnevera and Recruiting Ready are set to round out the field for the 6 ½-furlong race on the main track for 2-year-olds. Get Lit N Get Wild is also possible.