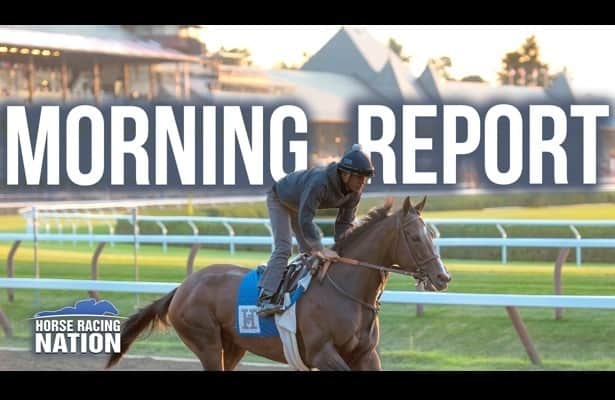 Horse Racing Nation's Andrew Capone is hitting the backside this summer to talk to connections at Saratoga.

In the latest Morning Report, Andrew catches up with trainers Saffie Joseph Jr. and Jonathan Thomas on the backside and with Miguel Clement at the Fasig-Tipton Saratoga sale.

Joseph discusses what's next for West Virginia Derby (G3) winner Skippylongstocking, with the Travers (G1) a possibility. And he updates on White Abarrio after his disappointing Haskell (G1) performance.

Thomas has two entered in Thursday's Galway Stakes at Saratoga, 2-for-2 Empress Tigress and Benbag. He talks about why the turf sprint was the best fit for these fillies.

Clement says the Fasig-Tipton sale has shown a "very strong market," with the pricing a little more expensive this year.