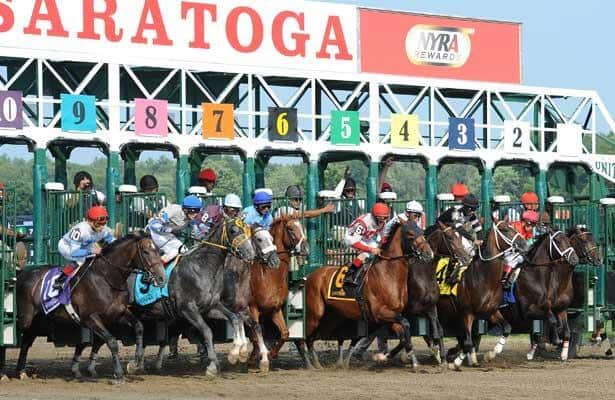 Saratoga Race Course has been kind to Palace Dreams, who on Saturday improved her record at the Spa to 2-0-1 in three starts with a front-running one-length win in a second-level optional claimer for New York-bred fillies and mares.

The win was a pleasant surprise to trainer David Duggan as Palace Dreams hadn't raced since finishing second at the same level in November at Aqueduct.

"I had concerns about fitness coming in here, and she put them to rest afterwards," said Duggan. "She's obviously a very good filly. This race was basically just to get her back to the races to see what we had as a 4-year-old, and I'm happy with her run."

Last year at Saratoga, Palace Dreams, who is owned by former Suffolk Downs chairwoman Patricia Moseley, cleared the first allowance condition on opening weekend before finishing third in the NYSS Statue of Liberty in August. She was eighth at Belmont in September before her season finale at Aqueduct.

Like her win at Saratoga a year ago, Palace Dreams' victory on Saturday came in gate-to-wire fashion.

"She had an easy lead," said Duggan. "Nobody took her on, and it was a huge advantage."

Duggan said he will determine Palace Dreams' next start at a later date.