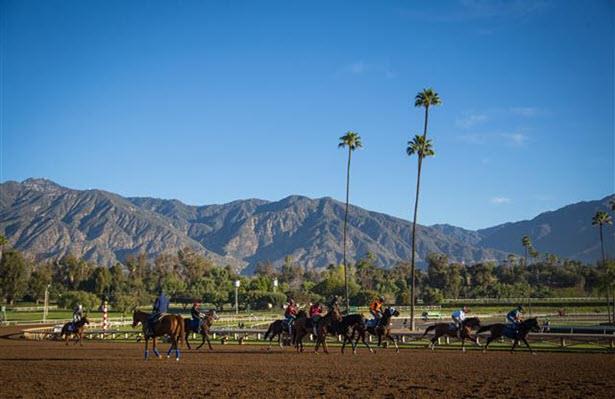 Santa Anita Park will raise the daily overnight purse distribution 10% for the 2020-21 season which begins on Saturday, Dec. 26.  The increase will bring the average daily purse money available to horsemen to over $533,000, totaling more than $43-million for the season which runs through June 20, 2021.

Santa Anita’s 84th season will be highlighted by a diverse stakes schedule offering over $15-million.  The prestigious Santa Anita Derby (G1), which has produced 19 winners of the Kentucky Derby, including recent Breeders’ Cup Classic hero Authentic, will be run on Saturday, Apr. 3, 2021.

“Building Santa Anita’s aggressive overnight purse schedule is a reflection of the confidence that we have in California racing even in the midst of a pandemic,” said Craig Fravel, CEO of 1/ST Racing.  “Nothing has been easy about this past year, so we are thankful to the horsemen who have continued to support our program on a daily basis.  We’ve missed the fans who have been absent from our track since March 12th, but we are grateful to be able to bring them the consistent top-quality racing that has been synonymous with Santa Anita since 1934.”

The racing program at Santa Anita has continued to evolve over the decades, and another innovation will be on display this winter.  The first major remodel of the Santa Anita turf course since the 1950s, a new turf chute will allow races up to 6 ½ furlongs to be contested on the flat oval.  Installed and covered with sod in September, the course will be ready for use on opening day and greatly increases the turf distance options for horsemen.

Purses at Santa Anita, like all California racetracks, are derived from a percentage of the handle wagered on the track’s races, as opposed to other jurisdictions where purses are supplemented with casino revenue and other forms of wagering.