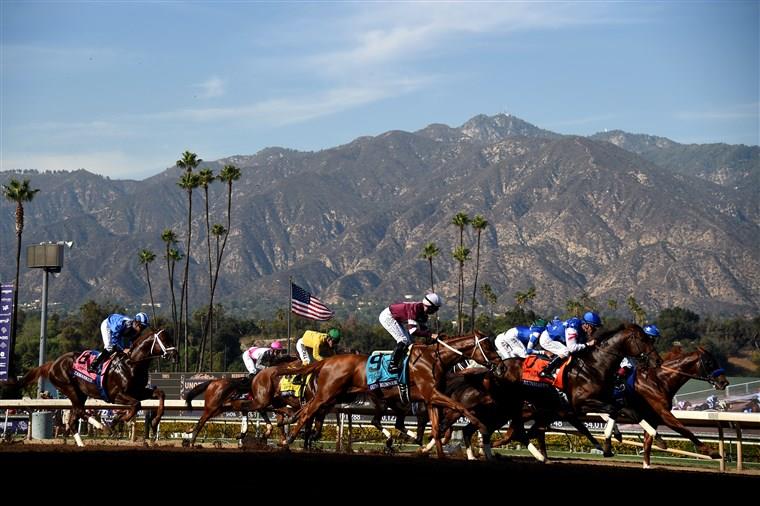 In 2019, Santa Anita Park’s rash of breakdowns put the entire sport of horse racing under a nationwide microscope. It triggered a state investigation, which was unable to find any crimes, and prompted calls from activists to ban the sport nationwide.

On Monday, Santa Anita’s fall meet ended with zero fatalities during races and training. That number is down from last year’s fall meet total of seven fatalities, four during racing and three during training.

“Yesterday closed out [Santa Anita]’s Autumn meet, with an emphasis on safety reforms,” Joie Vella-Geregory of the Stronach Group, which owns Santa Anita, said in a social media post on Monday. “Completely safe meet on track in both afternoons & mornings. Zero is the goal, it may not always be attainable but could not be more proud.”

The track suffered at least 49 equine deaths between July 2018 and June 2019. The rash of deaths prompted a series of major reforms across the industry.

The changes include rules governing the use of crops by jockeys and how long before a race medication can be given. The track has also instituted more mandatory veterinarian checks in order to make sure horses are fully fit before racing and training.

According to a press release from Santa Anita on Monday, there have been five racing fatalities in 2020 as a whole, with none on the main dirt track and the last reported death coming from a June training session. There have been 5,069 total starts.

“These results are the efforts of the racing community to put the safety of the horse first at every turn, including additional veterinary regulations and observations, training approvals and analysis of entries,” said Aidan Butler, CEO of 1/ST Racing. “Last year, we set a course to reform the sport of horse racing for the next generation. This year, we are seeing the results of the hard work everyone has put into this effort.

The California racing circuit will now move over to Del Mar. Racing is scheduled to return to Santa Anita on Dec. 26.