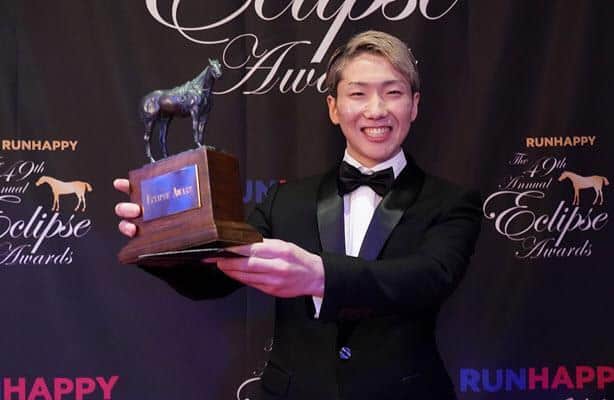 Kimura, 23, a native of Hokkaido, Japan, won his first riding title at Woodbine last year, when he had 138 wins. With two weeks left in the current meet, Kimura has 146 victories, 29 more than his nearest rival.

Now in his sixth season riding in North America, Kimura had ridden in 3,768 races and totaled 647 victories, giving him a 17 percent strike rate, according to Equibase statistics through Monday. He has finished in the money in 46 percent of his career starts, including 52 percent this year.

Miller confirmed that Kimura would ride at Santa Anita until mid-April, when racing at Woodbine resumes. Kimura adds to the international profile of the Southern California jockey colony this winter, with Frankie Dettori coming over from Europe.

Kimura was voted an Eclipse Award for the top apprentice rider in 2019. He won in the same category in the 2018 and 2019 Sovereign Awards in Canada, where jockeys maintain apprentice status for two seasons.