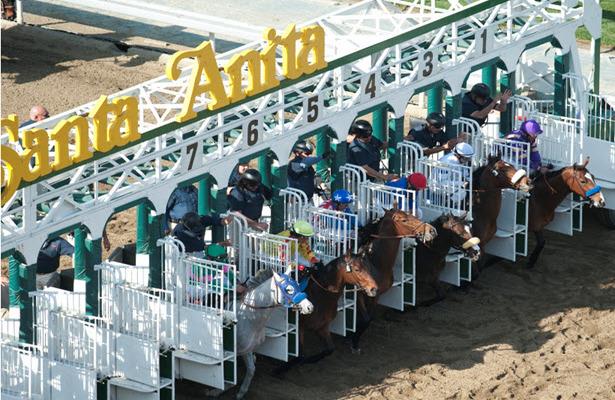 The wager, which features a $1 minimum and a low takeout of 15 percent, will comprise the last two races at both Santa Anita and Golden Gate each racing day and will complement the successful “Golden Hour Late Double,” which was instituted by the two tracks this past winter

The “Golden Hour Late Pick 4” will begin with Santa Anita’s second to last race for Leg One, then go to Golden Gate for Leg Two, back to Santa Anita for Leg Three end up each day at Golden Gate with Leg Four, which will be the last race on its program.

“We’ve heard feedback from many of our players asking for this type of bet — one that provides a player friendly new wager with a $1 minimum, capitalizing on the larger competitive fields at the end of the card.

“This is a fun new addition to our betting menu and will drive extra attention to both of our California tracks as the racing action across the country is winding down each day.”

The first post time each racing day during Santa Anita’s Autumn Meet will be at 3:30 p.m. ET.