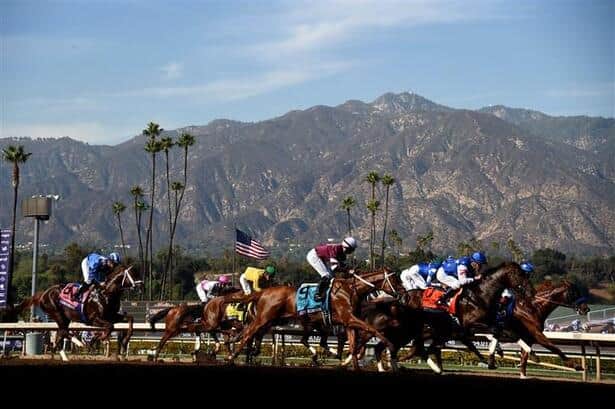 Santa Anita Park and the Del Mar Thoroughbred Club have joined forces to create the $1 Million Wild West Bonus. This will provide $1 million in additional money to the connections of any horse that manages to sweep three of Southern California’s most prestigious Grade 1 races; the $400,000 Santa Anita Handicap on March 6, the $300,000 Hollywood Gold Cup (at Santa Anita) on May 31 and the $750,000 Pacific Classic at Del Mar on Aug. 21.

Including the $1 million bonus, any horse sweeping these three races would bank a total of $1,870,000.

All three races are run at the North American classic distance of 1 1/4 miles. The Santa Anita Handicap, which will be run for the 84th time, is for horses aged 4 and up, while the Hollywood Gold Cup and Pacific Classic are open to horses 3 and up.

The last horse to sweep all three races was Accelerate in 2018. Before that, Game On Dude accomplished the feat in 2013 and Lava Man in 2006, when the Gold Cup was still at Hollywood Park.

Additionally, Santa Anita will raise purses on all overnight races to be run on Big ’Cap Day by $15,000 per race in an effort to ensure big fields and to reward owners and trainers who continue to support Santa Anita on its biggest days.