Running Bee is favored in Commonwealth Turf at Churchill 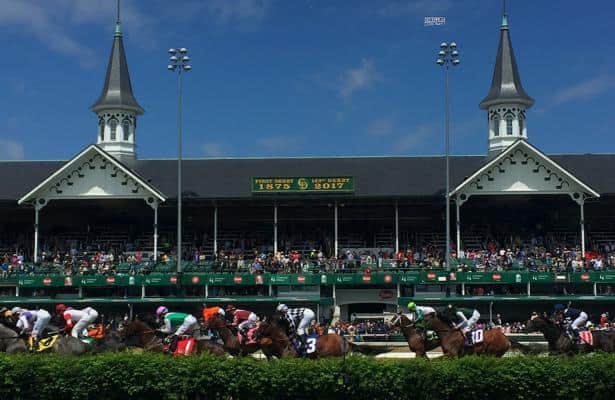 Impressive 5 1/4-length allowance winner Running Bee was made the 3-1 morning line favorite in a field of 11 3-year-olds entered in Sunday’s 17th running of the Grade 3, $300,000 Commonwealth Turf at Churchill Downs.

The Commonwealth Turf, run at 1 1/16 miles on the Matt Winn Turf Course, will go as race 11 of 12 with a post time of 5:56 p.m. EST. Sunday’s Fall Meet closing day program will get underway at 1 p.m. and feature mandatory payouts in all wagers including the 20-cent Pick 6.

Trained by Chad Brown, the improving Running Bee cruised to a maiden-breaking score Aug. 10 at Saratoga when he circled past eight rivals to win by 3 3/4 lengths under jockey Manny Franco. Following an unsuccessful try at Kentucky Downs in the $750,000 Dueling Grounds Derby (G3), the Calumet Farm-owned son of English Channel returned to allowance company at Keeneland where he easily defeated nine rivals in a front-running score under jockey Tyler Gaffalione, earning a professional 91 Brisnet Speed Rating. Gaffalione will once again have the call from post No. 3.

The Commonwealth Turf is scheduled to be contested in Lane 1 of the turf course.