Royal Ascot: Races go on after threat of cancellation for rain 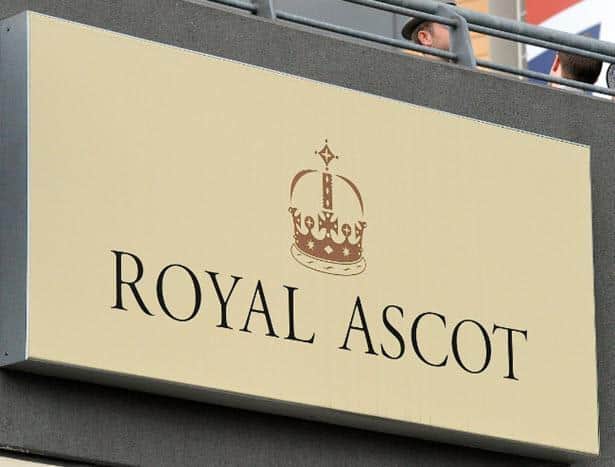 Racing at Royal Ascot was given the green light Friday afternoon after an inch of rain overnight threatened to force the cancellation of the Day 4 card.

Management at the racecourse said there would be a movement of the rail for all races with the gate position being adjusted for three races on what was labeled soft-to-heavy ground.

“Racing goes ahead today at Ascot with a full card as planned after an inspection involving officials, trainers and jockeys,” a racecourse statement said Friday morning. “The stalls for the Coronation Stakes will be moved slightly and there will be some rail movements with distance amendments.”

The rail will be moved seven yards out both at Swinley Bottom on the backstretch and going into the final turn for races that are not just on the straight course.

Three options had been considered, including the one chosen to race as scheduled. There was also the choice of cancelling two races and running five others on the straight course. The third choice was the cancellation of the entire card for the first time since 1964. Had that happened there would have been 10 races scheduled for Saturday.

Concern about the condition of the course was confirmed in an Ascot Racecourse statement early Friday.

“Following 26 millimeters (1.02 inches) of rain since racing yesterday, and with a few false patches of ground which means the ability to race may be marginal, an inspection has been called for 12:45 p.m. (7:45 a.m. EDT),” the statement said. “We are also looking at options to realign the rail to avoid these areas.”