Royal Ascot: 4 Breeders' Cup berths on line; 1 has been won 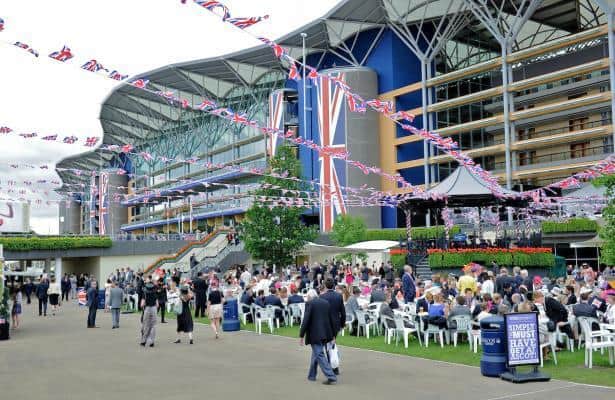 The highly anticipated meet features 22 stakes over the course of five days (Tuesday-Saturday), including a quartet of Breeders’ Cup Challenge Series races. If you want to get an early look at potential Breeders’ Cup contenders from Europe, you won’t want to miss the Royal Ascot action, which will be broadcast live on NBCSN (NBC and CNBC Saturday) and TVG.

[See the 10 Americans, 4 favorites this week at Royal Ascot]

As the 1-5 betting favorite, Palace Pier came through with the first win of the Royal meeting. Frankie Dettori made a decisive move on the 4-year-old Kingman colt in the final furlong of the straight mile for the father-son training team John and Thady Gosden.

Held over 1 1/4 miles, the Prince of Wales’s awards a berth to the Breeders’ Cup Turf, a prize that reigning Prince of Wales’s winner Lord North took advantage of last season. Although Lord North could finish only fourth in the Breeders’ Cup, he bounced back to win the Dubai Turf (G1) at Meydan during the winter and rates a strong chance to defend his title at Royal Ascot.

But the biggest name in the Prince of Wales’s is undoubtedly the 4-year-old filly Love. The daughter of Galileo was utterly spectacular during a brief campaign last year, dominating the 1000 Guineas (G1), Epsom Oaks (G1), and Yorkshire Oaks (G1) by daylight margins.

Love has not run since August, and her best efforts have come over 1 1/2 miles, so returning from a long layoff and cutting back in distance are two question marks she’ll face in the Prince of Wales’s. But whether she wins or loses in her seasonal bow, Love figures to be a force in the long term for Aidan O’Brien.

Promising 2-year-olds will dash five furlongs in the Norfolk, the season’s first qualifier for the Breeders’ Cup Juvenile Turf Sprint. Final entries and post positions have yet to be confirmed, but American trainer Wesley Ward is expected to hold a strong hand with the debut winners Lucci and Nakatomi.

Lucci is already proven on turf, having rolled to victory by three lengths in a five-furlong grass sprint at Belmont Park. But Nakatomi has arguably beaten tougher competition, trouncing future stakes winner Happy Soul by 2 1/4 lengths over the Keeneland main track. Lucci and Makatomi both have the credentials to prevail at Royal Ascot, with Aidan O’Brien’s Cadamosto looming as their main opposition on paper.

The final Group 1 race of the Royal Ascot meet is the Diamond Jubilee, a six-furlong steppingstone toward the Breeders’ Cup Turf Sprint (G1). As with the Norfolk, final entries and post positions are still up in the air. But early entries provide a pretty clear picture of what to expect.

A handful of horses stand out in the betting markets. The once-beaten Starman kicked off 2021 with a tenacious victory in the Duke of York S. (G2), where he edged the improving Nahaarr by a neck. They’re expected to factor again in the Diamond Jubilee, though they’re stepping up against tougher competition.

One of their most formidable rivals is Dream of Dreams, who has finished second by a head in the last two editions of the Diamond Jubilee. Will the third time be the charm? Dream of Dreams picked up his first Group 1 win in the Haydock Sprint Cup (G1) last summer and dominated a listed stakes at Windsor for his first start of 2021, so he remains in strong form. Internationally renowned jockey Ryan Moore retains the mount, stamping Dream of Dreams as a major contender for Royal Ascot’s all-time leading trainer, Sir Michael Stoute.