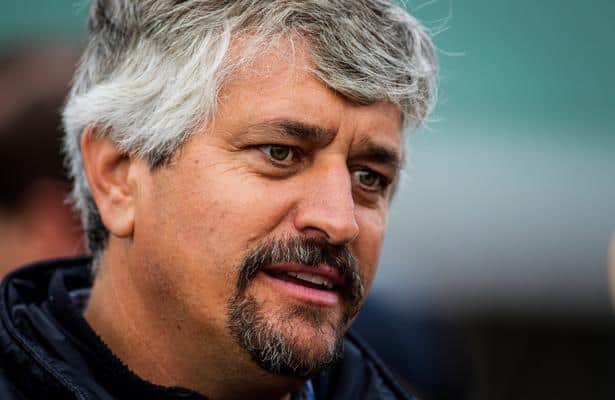 For the second time in four years, trainer Steve Asmussen and owner L and N Racing LLC teamed up Sunday to win the $100,000 Ellis Park Juvenile.

Now those connections will see if 2019 race winner Rowdy Yates can take them to next May’s Kentucky Derby, just as 2016 Ellis Park Juvenile champ Lookin at Lee did in 2017.

The son of Morning Line covered seven furlongs in 1:22.7, finishing ahead of runner-up Letmeno and third-place Night Time in the seven-horse field.

Rowdy Yates is an Oklahoma-bred rookie who made the Ellis Park Juvenile his second win over three starts.

In between a May 31 debut victory at Churchill Downs and his victory Sunday, Rowdy Yates finished second June 29 to Phantom Boss in Churchill Downs’ Grade 3 Bashford Manner Stakes.

Rowdy Yates could make his next start the $200,000 Iroquois Stakes (G3) on Sept. 14 back at Churchill. That event’s winner claims a “Win and You’re In” Breeders’ Cup Juvenile berth.

Asmussen and L and N Racing also won the Ellis Park Juvenile in 2016 with Lookin at Lee, who landed on enough boards during the Kentucky Derby trail to make the Run for the Roses.

Lookin at Lee finished second in the 2017 Kentucky Derby at 33-1 odds to Always Dreaming. Now a 5-year-old, the son of Lookin at Lucky has dipped mostly into non-graded company as an older horse.

Life Is Good runs away with Derby prep at Santa Anita
Arcadia, Calif. It is Life Is Good’s turn to grab...

Weyburn (46-1) lights up the tote board in Gotham
Ontario-bred Weyburn went from maiden winner to a...