Rosario 'progressing' from injury, will return next month 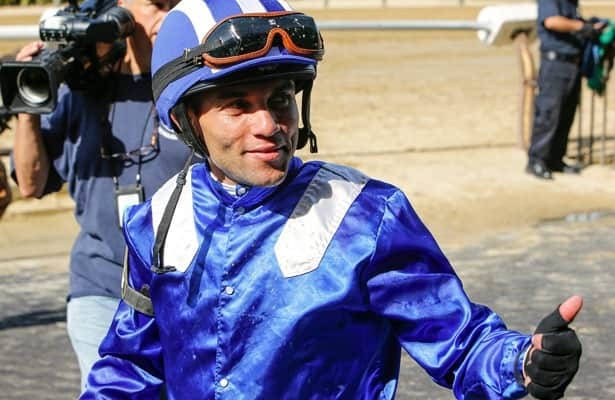 Jockey Joel Rosario will return to racing on Jan. 14 at Oaklawn after a spill this month at Aqueduct left him with a fractured rib.

"He's progressing," agent Ron Anderson told Horse Racing Nation Wednesday. "That'll be about six weeks, and he had a cracked rib, a hairline fracture. So he should be all set to go on the 14th."

Anderson said there was no rehab involved. "It just has to heal."

Rosario's 228 wins this year put him at No. 10 among North American jockeys. But he is the leading jockey in North America in terms of earnings, with $32.9 million this year.

That figure was helped by his wins aboard Knicks Go in this year's Breeders' Cup Classic and Echo Zulu in the Breeders' Cup Juvenile Fillies.