Rosario is expected to miss multiple weeks after injuring rib 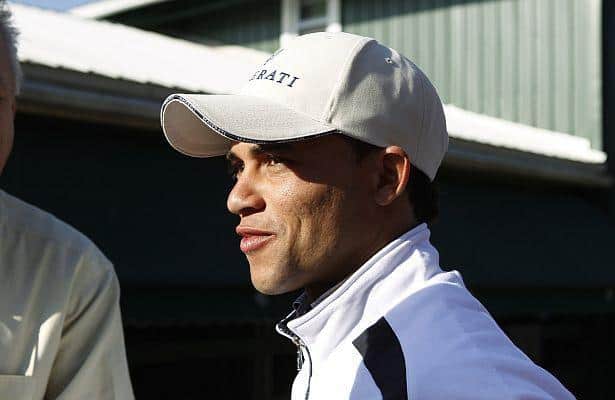 Top jockey Joel Rosario is expected to miss multiple weeks after suffering a rib injury in a spill at Aqueduct on Thursday.

Rosario, North America's leading rider by purse earnings this season, took a spill after crossing the wire aboard Irish Constitution in the day's second race. Agent Ron Anderson told Horse Racing Nation Rosario suffered a hairline fracture to a rib and that he's "not sure exactly what the prognosis is."

Rosario had six scheduled mounts at Aqueduct on Friday and was set to ride Saturday in all four of Aqueduct's stakes races, including Olympiad in the Cigar Mile (G1). The injury is also a blow to Rosario's chances at breaking multiple seasonal records.

“It was a magical year,” Anderson told the New York Racing Association Friday. “He’s very close to three huge records: stakes, graded stakes and money in one calendar year. It’s all been great. There’s a lot of luck involved with these kinds of years. We’ve been very fortunate. We’ll play this out and hope for another great year next year.”