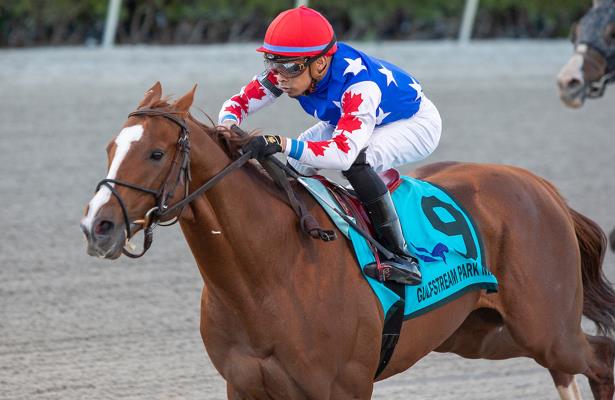 Trainer Dale Romans is determined to make his three-time graded stakes winner Mr Freeze into a stallion prospect, which is why the Louisville-based conditioner will target the Grade 1, $500,000 Metropolitan Handicap with the 5-year-old son of To Honor and Serve.

Owned by Bakster Farm, Mr. Freeze has won both of his stakes efforts going a one-turn mile, the most recent of which took place in the Gulfstream Park Mile (G2) on February 29, when he recorded a career-best 107 Beyer for the three-length victory. As a 4-year-old, Mr Freeze also won the Ack Ack (G3) at his Churchill Downs base.

"He deserves the chance to be in there," said Romans, who won the Met Mile in 2012 with Shackleford. "It's a stallion-making race so we want him in there."

The consistent Mr Freeze has finished in the money in 11 of 13 career starts and has garnered triple-digit figures in four of his last six races.

His last start took place in the Oaklawn Handicap (G2) on May 2 when finishing third as the lukewarm favorite to By My Standards. He began his 5-year-old season with a runner-up effort in the Pegasus World Cup Invitational (G1) behind Mucho Gusto. Both of those races were around two turns at 1 1/8 miles.

Bred in Kentucky by Siena Farms, Mr Freeze is out of the Tabasco Cat broodmare Heavenly Cat.