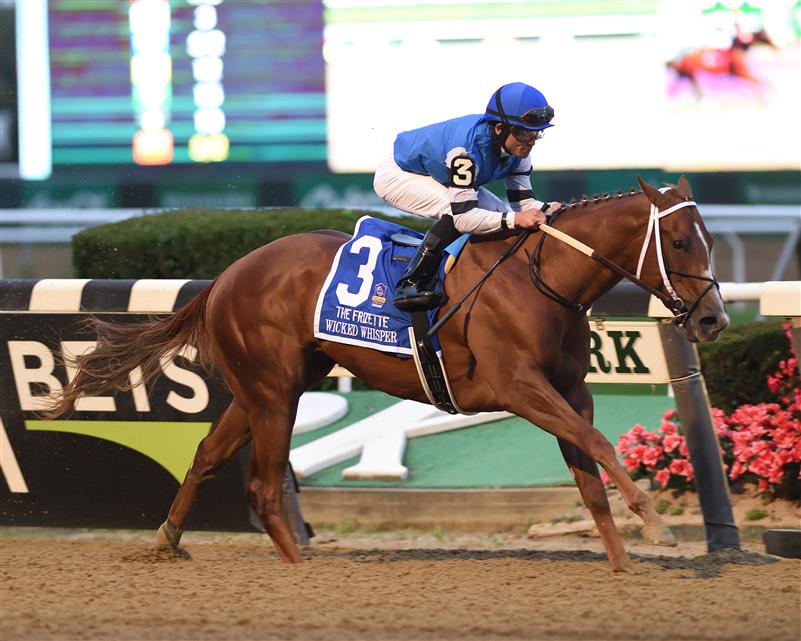 JoAnn and Alex Lieblong’s Wicked Whisper, winner of last fall’s Frizette (G1) at Belmont Park, will make her 2020 debut Friday when she headlines a field of six 3-year-old fillies in the 35th running of the $100,000 Beaumont Stakes (G3).

Trained by Steve Asmussen and to be ridden by Joel Rosario, Wicked Whisper has not raced since finishing fifth in the Breeders’ Cup Juvenile Fillies (G1) at Santa Anita. She will break from post position four.

Looming as one of the main threats to Wicked Whisper is Whitham Thoroughbreds’ Four Graces. Winner of the Dogwood (G3) last month at Churchill Downs, Four Graces has won three of four career starts for trainer Ian Wilkes. Julien Leparoux has the mount Friday and will exit post position three.

Invading from California is Eclipse Thoroughbred Partners and Madaket Stables’ Speech. Trained by Michael McCarthy, Speech finished second in the Santa Anita Oaks (G2) and prior to that was beaten a neck in an allowance test at Oaklawn Park by runaway Acorn (G1) winner Gamine. Javier Castellano has the mount on Speech and will break from post two.

*Rating is based on HRN fan votes, which rank the Top Active Horses in training.
Wicked Whisper Beaumont Beaumont (2020)