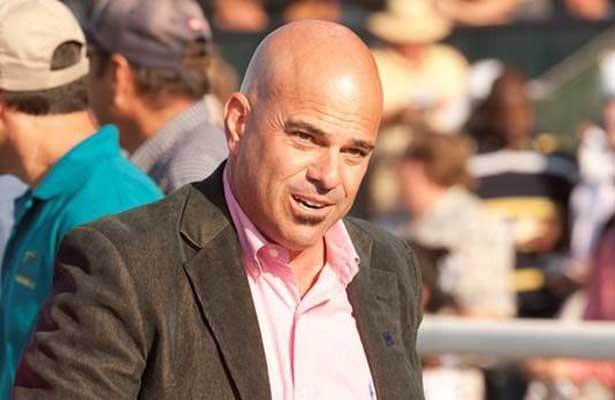 The comeback of trainer Peter Miller begins Sunday in the eighth race at Churchill Downs.

Miller, who stepped away from active training last fall, will have his first starter since Nov. 28 when Gary Barber’s 3-year-old gelding Respect the Code goes postward in a six-furlong dirt allowance.

Horse Racing Nation first reported of Miller’s pending comeback earlier this month. Last November, the 55-year-old conditioner issued a press release stating he was taking a “hiatus” from training “to spend more time with his family, focus on overall health and wellness, and pursue other interests.”

The decision, which was announced Nov. 18, came 16 days after a sixth horse trained by Miller died within a 12-month period. Miller also had three Class 4 medication violations in 2021, according to the California Horse Racing Board web site.

Upon Miller’s departure, his longtime assistant Ruben Alvarado took over operations of the stable, which is based at San Luis Rey Downs training center in north San Diego County.

Daily Racing Form first reported of Miller’s entry at Churchill Downs on Sunday. The trainer confirmed to Horse Racing Nation that Respect the Code is his only horse in Kentucky and that he plans to be active in Southern California starting with next month’s Los Alamitos meet.

Miller's cluster of equine deaths and medication violations led the trainer to acknowledge there was "speculation" of why he was stepping away. However, he added, "I want to make it very clear that it is not a result of any regulatory action, secret agreement or hidden agenda of any kind. This is strictly a personal decision.”

Miller has been a nine-time leading trainer at Del Mar, which kicks off its summer meet July 22. Los Alamitos runs from June 24 through July 10.

Last year, Miller saddled 114 winner from 625 starters and banked more than $7.1 million in purse earnings. He is a five-time Breeders' Cup winner.