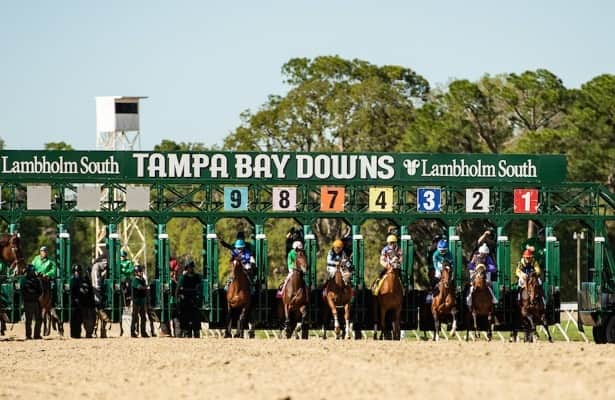 Exercise rider Daniel Quintero, 19, died as a result of a training accident Saturday morning at Tampa Bay Downs, where racing went ahead as scheduled.

An eyewitness said Quintero came off the horse he was riding and was struck in mid-air by an oncoming horse, according to Daily Racing Form.

Exercise rider Daniel Quintero, 19, died as a result of a training accident this morning at Tampa Bay Downs. The entire racetrack community expresses its condolences to his family members and friends. The track will observe a moment of silence at 12:20 p.m. in honor of Quintero.

Margo Flynn, vice president of marketing at Tampa Bay Downs, told Horse Racing Nation that "we planned on going forward and acknowledging what happened" and did not plan to cancel the card. Quintero was honored with a moment of silence Saturday about a half-hour before the first race.

Marco Villareal, public information officer with the Hillsborough County sheriff's office, told HRN that his department responded to a call of a person down at Tampa Bay Downs at about 7 a.m. EST.

Emergency personnel found a 19-year-old man who had been working with horses and had an accident, Villareal said. Paramedics pronounced him dead at the scene.

Quintero, a native of Venezuela, was exercising a horse for trainer Robert Werneth when the accident occurred, according to DRF. Another trainer, Greg Sacco, told DRF that Quintero’s horse was galloping out of control the wrong way around the track and the rider’s feet had come out of the irons. Two of Sacco’s horses were galloping the normal direction when the collision occurred. Sacco said one of his riders was suffered minor injuries but was otherwise OK.

The horses involved were able to walk off the course under their own power, Flynn told HRN.

The track was closed and training called off for the rest of the morning. The nine-race card began on time Saturday afternoon at Tampa Bay Downs.