Wakanaka has herpesvirus, is scratched from Matriarch 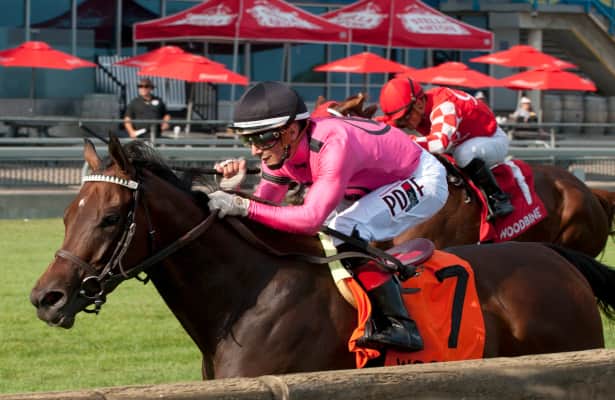 Wakanaka was scratched from Sunday's Grade 1 Matriarch at Del Mar after testing positive for equine herpesvirus.

According to a statement Saturday from Dr. Jeff Blea, equine medical director for the California Horse Racing Board, Wakanaka was one of three horses to arrived Del Mar on Tuesday from Churchill Downs, where there was an outbreak of the virus last week.

The horses' blood tested negative for the virus, EHV-a, at University of California, Davis. But Wakanaka was "mildly positive on a nasal swab sample with a very low viral load," Blea said.

"The viral load was too weak to differentiate between neuropathogenic and non-neuropathogenic EHV-1," he continued. "This is only one test at a single time point, so we will continue to monitor the situation. Out an abundance of caution, Wakanaka will not be allowed to compete in the Dec. 4 Matriarch Stakes as planned."

Wakanaka, a 4-year-old daughter of Power, raced in Italy and took off the last half of last year before joining Bill Mott's barn. This year, he has a record of 7: 2-2-1, winning the Dance Smartly (G2) at Woodbine in July and the black-type Fall Harvest at Kentucky Downs last out on Nov. 5.