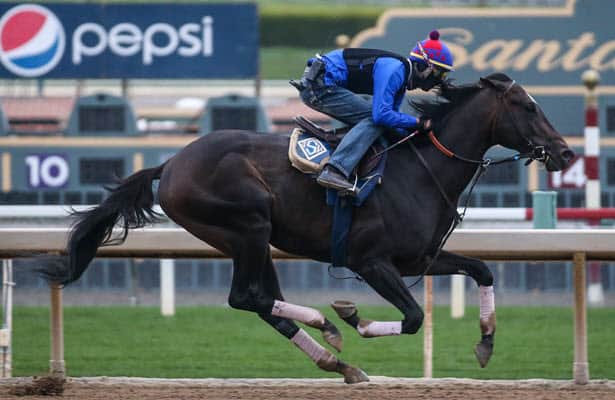 Rock Your World, who was among the betting favorites in two legs of the Triple Crown, will switch back to turf with the Sept. 4 Del Mar Derby (G2) being the main summer target.

Trainer John Sadler told Daily Racing Form this week that Rock Your World could prep in the 1 1/16-miles La Jolla (G3) on Aug. 8 before the Del Mar Derby, which is contested at nine furlongs. Prior to winning the Santa Anita Derby (G1) to gain entry into the Triple Crown, the Candy Ride colt collected his first two wins on turf, including the Pasadena Stakes at Santa Anita in late February.

Rock Your World finished 17th in the Kentucky Derby after a troubled start as the 9-2 second choice in the wagering. After skipping the Preakness, he returned in the June 5 Belmont Stakes and flashed early speed before fading to sixth as the 5-1 third choice.

Rock Your World has won three of five starts and earned $591,600 for owners Hronis Racing and David Michael Talla.