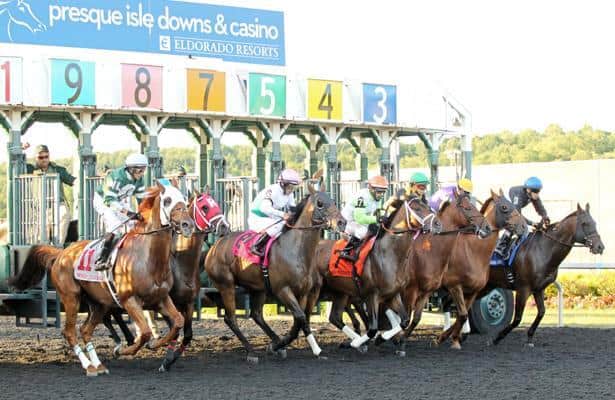 Presque Isle Downs canceled their final day of horse racing on Thursday after a threat against the jockeys at the track.

As reported by Matt Hegarty of Daily Racing Form, multiple sources on the backstretch of the track stated that there had been a "credible terroristic threat" against jockeys at Presque Isle Downs. Officials at the track consulted local police and then decided to cancel the card.

As of noon EDT on Friday, the specific content of the threat and the motivation behind the threat were unknown. Horse Racing Nation contacted the Erie Police Department and the Gaming Enforcement division of the Pennsylvania State Police Friday morning; neither provided further information about the events behind Presque Isle Downs's cancellation. Horse Racing Nation also left a message with the Pennsylvania Horse Racing Commission, which has not yet been returned.

This was the second time in two years that Presque Isle Downs has had to respond to a threat. On June 28, 2021, the track evacuated its facility, including the casino, after receiving a bomb threat. Upon investigation it was found that the threat was fake, and a former security guard pleaded guilty to making it as a hoax on behalf of a friend, who worked in a bar at the casino.

Thursday's nine-race card was the final race date of the Presque Isle Downs meet, which had run since May 16, 2021 and had originally scheduled 90 race programs. The meet featured the return of the Presque Isle Masters (G2), which was run on Sept. 19 for the first time since 2019.