Report: Plot twist in the Baffert-Medina Spirit case in Kentucky 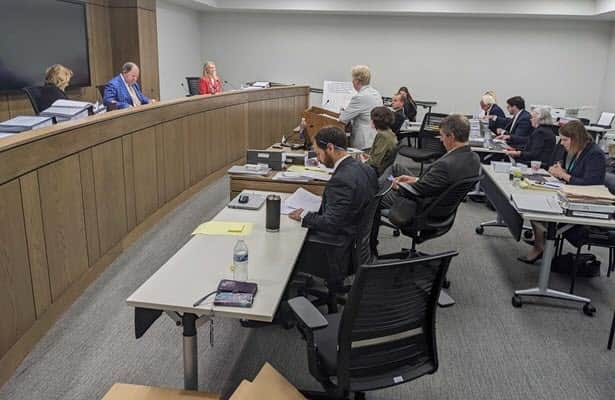 Clay Patrick, the hearing officer in the appeal of Bob Baffert’s suspension and the disqualification of Medina Spirit from the 2021 Kentucky Derby, recused himself from the role on Wednesday.

Patrick, who was appointed hearing officer by the Kentucky Horse Racing Commission, was scheduled to make a recommendation on the appeal within 60 to 90 days of the hearing’s conclusion on Aug. 30.

Brewster told Paulick Report he was not aware the horse he bought for $190,000, a colt by More Than Ready out of the Quality Road mare Road of Honor, was partly owned by Patrick’s Ramspring Farm. As is typical at most horse auctions, the sales catalog at Keeneland does not list the owner or breeder of a horse being sold. Only the consignor is identified, which in this case was Taylor Made Sales Agency.

“After I bought the colt I noticed how young the mare is (7) and I looked to see who owned her,” Brewster told Paulick Report. “When I saw that she had been bought by Ramspring Farm and Milam Farm, I asked Mark Taylor (Taylor Made’s CEO) who that was.”

Taylor confirmed Patrick operates Ramspring and that Milam Farm’s ownership includes Michael Dudgeon, who is a member of the Kentucky Racing Commission.

After the parties involved held multiple conferences to discuss the situation, Patrick made the decision to recuse himself from the case.

Brewster told Paulick Report the case would now go in one of two directions. The newly appointed hearing officer could either conduct another hearing, or use the transcripts from the first appeal to make a recommendation.

The hearing officer’s recommendation would then presented to the KHRC. The board could either accept, reject or amend the recommendation.