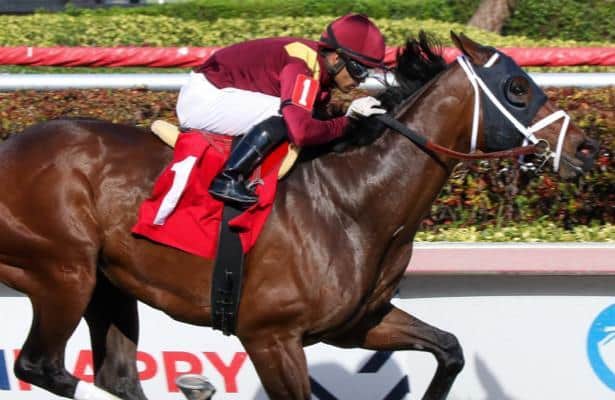 A strong workout Friday in one case and a remapping of strategy in the other led trainer Todd Pletcher to making his Kentucky Derby decisions Saturday.

Dr Post is out, and Money Moves is in. At least as far in as he can be before Tuesday’s entries.

As long as there are not three horses with graded-stakes earnings that show up and bump him, Money Moves will have Javier Castellano riding him next Saturday in what may be the unlikeliest set of circumstances in recent Derby history.

“You can do some research,” Pletcher said in a telephone call Saturday afternoon from Saratoga. “I would say this is going to be one of the first horses making his stakes debut in the Kentucky Derby.”

The custodians of Derby history were called to blow the dust off the records in Louisville because of a Friday morning workout. Money Moves breezed five furlongs at Saratoga in 1:00.14. That came a week after a work of 1:00.75.

“We liked his breeze,” Pletcher said. “He came out of it well. I just feel like the horse is giving us all the right indications that he is training as well as he can, and it’s worth taking a shot.”

Pletcher’s record 55th Derby starter will arrive at Louisville next week with two wins to his name in maiden and allowance races. His loss last month, though, was more impressive. After giving up three lengths in a botched start, he fought back the whole way to finish within a neck of the 5-year-old winner in a nine-furlong, open-company allowance at Saratoga.

Still, the thought of an allowance winner in the Derby has an odd ring to it.

“Usually you wouldn’t even have the opportunity in a normal year,” Pletcher said “With an over-subscribed field and without having any (qualifying) points at all, you wouldn’t get in. But it’s 2020. Crazy things have been happening. Who knows? Maybe crazier things have happened.”

The dusty record books may yet reveal that. In the meantime Robert LaPenta and Jerry Bortolazzo can dream of a big payoff on the $975,000 they spent 16 months ago at the Ocala 2-year-olds sale on the Candy Ride colt. Where this will be LaPenta’s 10th Derby starter – his Ice Box was second to Pletcher’s Super Saver in 2010 – it will be the first for the 71-year-old Bortolazzo.

“We spoke at about 11 o’clock (Saturday morning) to the connections, and the owners were very excited,” Pletcher said. “Jerry said that this is a lifetime dream for him. We don’t want to not provide them the opportunity.”

The decision to take Belmont Stakes runner-up Dr Post out of Derby consideration and keep him at Saratoga was made in part to put him in a Grade 2 race next Saturday in which he might be favored.

“He’ll go to the Jim Dandy,” Pletcher said. “This a potentially good lead-in to the Preakness. We just kind of felt like this is a better approach for him rather than taking on a large field at Churchill. We can stay home, hopefully run well in the Jim Dandy, and that can be a building block toward the Preakness.”

Pletcher said that last month’s third-place finish to Authentic and Ny Traffic in the Haskell (G1) at Monmouth Park was not an indictment of the horse. He stopped just short of pinning the blame on jockey Joe Bravo.

“I think the Haskell was a blown opportunity,” he said. “We didn’t execute the trip that we were hoping to get by trying to make up a lot of ground on a track where that’s very difficult to do. If you look at his Belmont Stakes he’s gone about as close to Tiz The Law as anyone else has this year. I felt in light of those two performances (at the Belmont and the Haskell) it had nothing to do with lack of confidence in the horse. We were just trying to handicap the right spots for his development.”

Regular jockey Irad Ortiz Jr., who was unavailable for the Haskell because of pandemic travel restrictions on jockeys, will be back on Dr Post for the Jim Dandy.

It is not as if Dr Post’s partners – the St. Elias group led by Florida Panthers owner Vinnie Viola – have not been there and done that in Louisville. With Pletcher they won the 2017 Derby with Always Dreaming.

Pletcher certainly knows the way to Churchill Downs. As long as Money Moves draws in, it will be his 17th consecutive year with at least one starter in the Derby. But for the first time he apparently will not be there.

“Not with all the restrictions and everything,” he said. “It’s closing weekend here at Saratoga, so I don’t believe I will go.”

At Circa Sports in Las Vegas, Money Moves opened in futures betting Saturday at 88-1 to win the Derby. He was quickly bet down to 60-1.