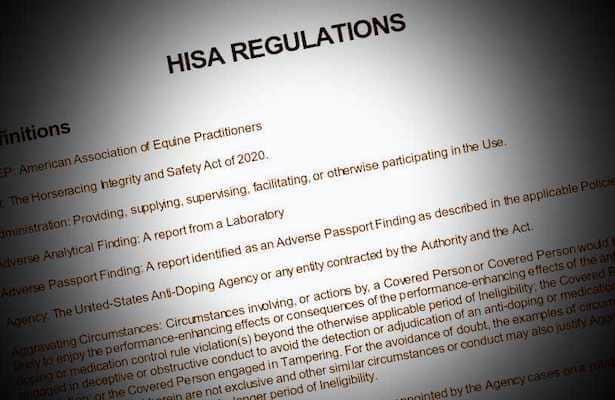 U.S. Sen. Mitch McConnell (R-Ky.) is seeking to change the law that established the Horseracing Integrity and Safety Authority after a federal appeals court ruled it is unconstitutional.

Reuters reported that the changes to the law would provide greater federal oversight of the board, which was created to write and implement safety rules. The changes would be included in a full-year spending bill, which could pass later this month, according to the report.

In a 35-page ruling last month, the Fifth Circuit Court of Appeals in New Orleans said, "by delegating unsupervised government power to a private entity, HISA violates the private non-delegation doctrine" and thus is unconstitutional.

"A cardinal constitutional principle is that federal power can be wielded only by the federal government," the court said in its ruling. "Private entities may do so only if they are subordinate to an agency. … But the authority is not subordinate to the Federal Trade Commission. The reverse is true. The authority, rather than the FTC, has been given final say over HISA’s programs."

The court ruling would not take effect until Jan. 10, and HISA intends to go ahead with the scheduled start of medication regulations Jan. 1.

The Sixth Circuit Court of Appeals also is expected to hear an appeal about the constitutionality of the authority on Wednesday.

McConnell will seek changes to enhance the FTC’s oversight of HISA, according to the Reuters report, which noted that the senator played a key role in getting the law passed.