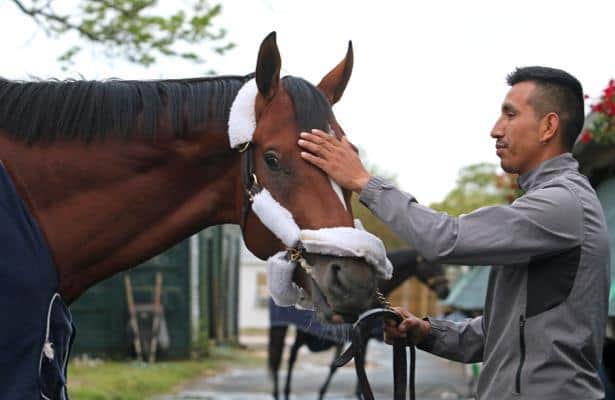 Gary West will exhaust another option -- and likely a final one -- by filing a lawsuit aimed at overturning a stewards' disqualification of Maximum Security in the Kentucky Derby, he told Fox News.

West, who campaigns the son of New Year's Day with his wife, Mary, said he "expected" Monday's denied appeal by the Kentucky Horse Racing Commission, given it plainly states in the KHRC bylaws that all race rulings are final.

In a unanimous decision, a trio of stewards upheld objections filed by Flavien Prat, who was aboard Country House, and Jon Court, Long Range Toddy's jockey. Country House was placed first in the Derby, while Maximum Security ended up 17th in the running order behind Long Range Toddy despite hitting the wire 1 3/4 lengths out front.

The decision proved historic as the first disqualification of a Derby winner due to interference. The only other Derby DQ came in 1968 after Dancer's Image tested positive for a banned substance post-race.

West's argument for reversing the ruling revolves around actions a few strides before Maximum Security "veered out sharply" from the rail, as the official chart reads, impeding War of Will and Long Range Toddy.

"I think when it's all said and done and all the evidence is put on display, frame by frame in slow motion, you will find that the 1 horse (War of Will) actually caused the infraction, not our horse," West told Fox News. "...I believe it will eventually show that if the 1 horse would have finished ahead of our horse, we would have had every right in the world to claim an objection against the 1 horse."

Ben Glass, West's racing manager, told Horse Racing Nation on Monday the Maximum Security camp was unsure whether stewards had access to NBC camera angles during their 22-minute review of the race. An angle from the network broadcast shows, as the field rounds the far turn, War of Will running up on the back of Maximum Security, placing his left-front between the rear legs of Maximum Security.

“We’re saying that because that rider (Tyler Gaffalione aboard War of Will) didn’t claim a foul, and we see the same thing that you see, that the other incidents are a moot issue for us, because it wasn’t us," Glass told HRN.

Since the Derby, Maximum Security has shipped to trainer Jason Servis' Monmouth Park base. Next race plans have not been determined, with the Preakness Stakes, the second leg of the Triple Crown run May 18 at Pimlico Race Course, currently off the table. Maximum Security entered the Derby 4-for-4 with a win in the Florida Derby (G1).