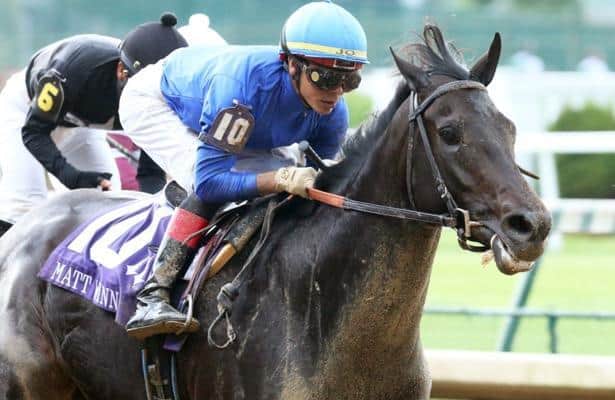 A virus at Fair Grounds interrupted training for Maxfield and Mystic Guide, taking them both out of contention for the Grade 1 Pegasus World Cup Invitational on Jan 23, according to a report.

The Daily Racing Form said trainer Brendan Walsh expected Maxfield to return to training Monday. He said the 4-year-old Godolphin homebred is fine now but that he showed early signs of the virus. Walsh said the Street Sense colt could next race in early February, according to the report.

Maxfield was last seen winning the Tenacious Stakes on Dec. 19. That was his first race since a score in the Matt Winn (G3) in May, after which he fractured a cannon bone during a June 10 workout.

Mystic Guide trainer Mike Stidham told DRF that the Ghostzapper colt, also a Godolphin homebred, had run a temperature and was still coughing. He was walking in the barn on Sunday and could not be prepared for the Pegasus.

Stidham expected Mystic Guide next will race at Oaklawn or Fair Grounds this winter, according to the report, although he did not rule out an overseas race such as the Dubai World Cup.