Report: Kentucky Oaks runner-up Nest could run in the Belmont 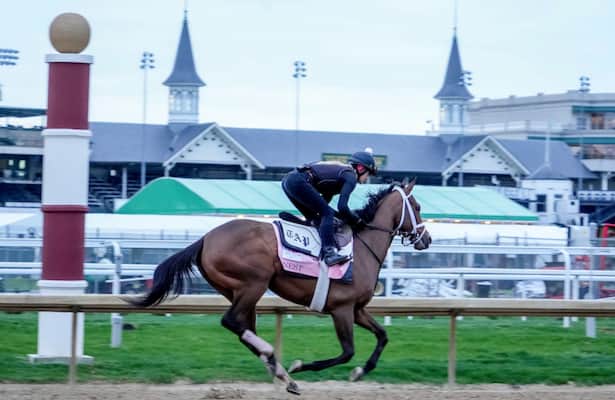 According to Daily Racing Form, a final decision on whether to take on males will be made based on the results of Saturday's Preakness and how Nest is training in the leadup to the final jewel of the Triple Crown. The last filly to win the Belmont was Rags to Riches in 2007, who was also trained by Pletcher.

In the Kentucky Oaks, Nest was sent off as the 2-1 favorite and was beaten two lengths by Secret Oath after mounting a sustained rally under Irad Ortiz Jr.. Secret Oath will have a date of her own with the boys in Saturday's Preakness.

Pletcher also has Mo Donegal pointed to the Belmont.

Nest was a $350,000 auction purchase and is campaigned by Repole Stable, Eclipse Thoroughbred Partners and Michael House. Prior to the Oaks, she rattled off three-straight stakes wins in the Demoiselle (G2), Suncoast and Ashland (G1).

French jockey Michel looks for 2nd U.S. stakes win in Ellis Derby
Now that she has won her first stakes in North Ame...