Report: Irad Ortiz, Rosario are suspended for 3 days at Saratoga 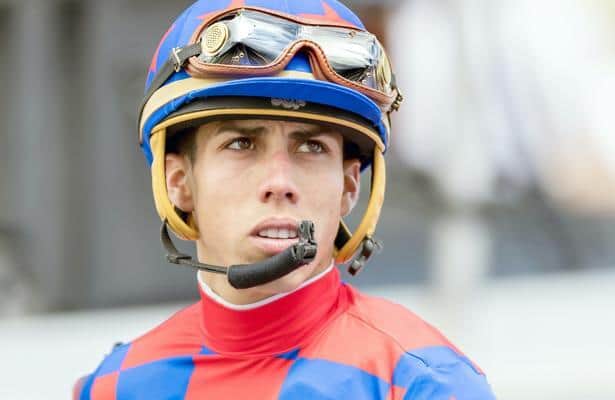 Jockeys Irad Ortiz Jr. and Joel Rosario will miss three days of racing at Saratoga after being handed three-day suspensions for careless riding.

BloodHorse reported Wednesday that Rosario will be out from Sunday to Thursday, Sept. 1, because of his ride on Sassy Melissa in an allowance race on Aug. 18. The filly was disqualified from third to fourth because of interference.

Ortiz will miss Wednesday, Aug. 31, through Friday, Sept. 2, because of interference when he rode Nabokov in an Aug. 18 allowance. His horse was disqualified from fifth to sixth.

Both jockeys will return for the final three days of the Saratoga meet, from Sept. 3 to 5, when six graded stakes are on the schedule.

Ortiz and Rosario are 1-2 in jockey's earnings for the Saratoga meet. In terms of wins, Ortiz leads all jockeys, with 42, and Rosario is in third place with 29.