Report: High Oak is out for year due to ankle problem 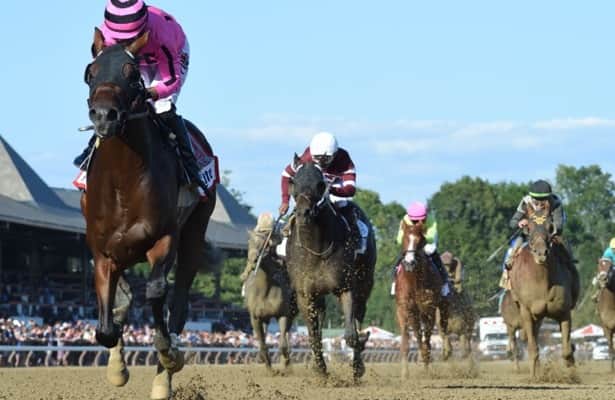 Saratoga Special (G2) winner High Oak will not race for the rest of the year due to an ankle issue according to the Daily Racing Form. The Gormley 2-year-old colt, trained by Bill Mott, will be back for 2022, with plans to try the Kentucky Derby trail.

The colt finished fourth in the Hopeful (G1) in his most recent start, last Monday. Before that, he won the Saratoga Speical, beating out Hopeful winner Gunite in that race.

High Oak broke his maiden on debut at Belmont Park in June, going 5 1/2 furlongs. According to the DRF story, one of the colt’s owners, Lee Einsidler, said the colt could have possibly trained through the injury for a planned start in the Champagne (G1) on Oct. 2 at Belmont, but the connections instead opted to shut him down for the year.

Out of Champagne Sue, by Elusive Quality, High Oak was a $70,000 purchase at the 2020 Keeneland September yearling sale. He had previously been sold at the 2019 Keeneland November sale for $37,000.