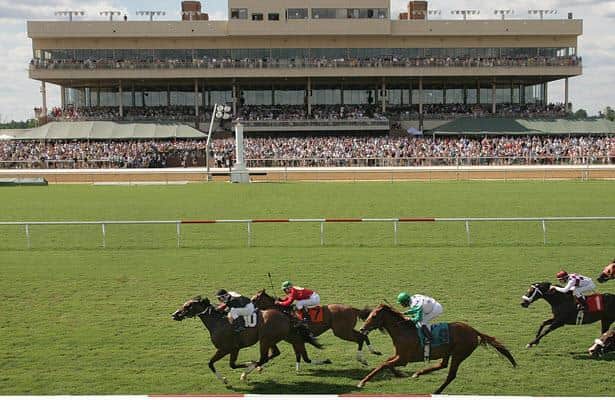 Revolutionary Racing, the company that reopened Colonial Downs in Virginia, has applied to open a quarter-horse track and casino in Ashland Ky., on the state's eastern border.

Daily Racing Form reported that the company presented its plans to the Kentucky Horse Racing Commission on Tuesday. The commission must approve all license applications, and only one remains available in Kentucky.

The facility would be a $55 million investment, according to the report. Larry Lucas, one of the founders of Revolutionary Racing, told the commission that operating a Quarter Horse track would avoid competition with tracks on Kentucky's yearlong Thoroughbred circuit.

The track would offer $500,000 a day in purses, which would be subsidized by the casino, DRF reported.

KHRC chairman Jonathan Rabinowitz said the commission will begin its due-diligence process soon, according to the report.

Revolutionary Racing bought Colonial Downs for $20 million in 2018 in partnership with Peninsula Pacific, which eventually acquired the remaining interests in the Virginia properties. Early this year, Churchill Downs Inc. agreed to buy nearly all of Peninsula Pacific’s assets for $2.5 billion, including several large casinos, Colonial, and its OTBs.