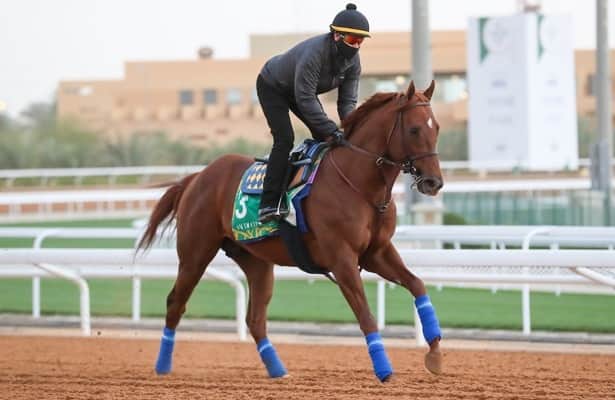 Charlatan, the Bob Baffert-trained horse who was expected to return soon, is out of racing indefinitely after a recent workout, the Daily Racing Form reported.

Co-owner Sol Kumin told DRF in a text message that the Speightstown colt "wasn’t 100 percent after his most recent breeze on May 15. Under veterinary advice he will get some time off and a decision on his racing career will be determined upon reevaluation late June.”

Charlatan had been expected to race in the Churchill Downs (G1) sprint on the Kentucky Derby undercard on May 1, but Baffert said he was not ready. His next start was expected to be in the Metropolitan Handicap (G1).

Charlatan won his first four starts before finishing second in the Saudi Cup (G1) in February. His 2021 campaign was interrupted by an ankle injury, which led to a six-month layoff.