Report: Cézanne is euthanized because of infection 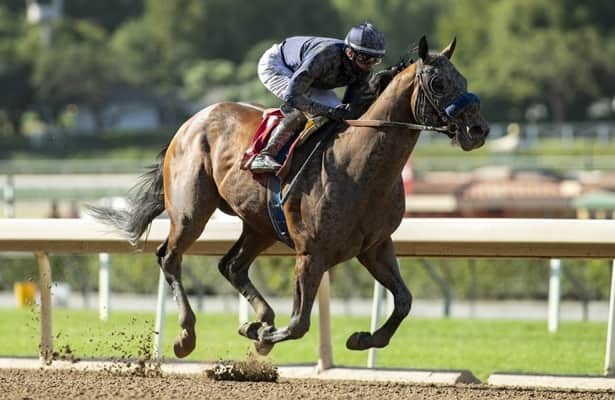 Cézanne, the 5-year-old winner of this year's San Carlos (G2) and the Kona Gold (G3) last year, was euthanized after developing a fungal infection.

Pletcher said the son of Curlin developed the infection in June and initially recovered after treatment. But the infection returned and, despite additional treatment, his condition deteriorated.

Owned by Susan Magnier, Michael Tabor, Derrick Smith and St. Elias Stables, Cézanne was trained by Bob Baffert through his San Carlos win in March. Moved to Todd Pletcher after Baffert's suspension, he lost by a neck to Fulsome in the April 2 Oaklawn Mile (G3).

Unraced as a 2-year-old, Cézanne won his first two starts as a 3-year-old and then finished fourth in the Shared Belief. Last year's Kona Gold was his only start of the year.

He had three starts this year, finishing third in the Palos Verde (G3) before the San Carlos and Oaklawn Mile.