Report: Cardenas out for 2 weeks after Saratoga spill 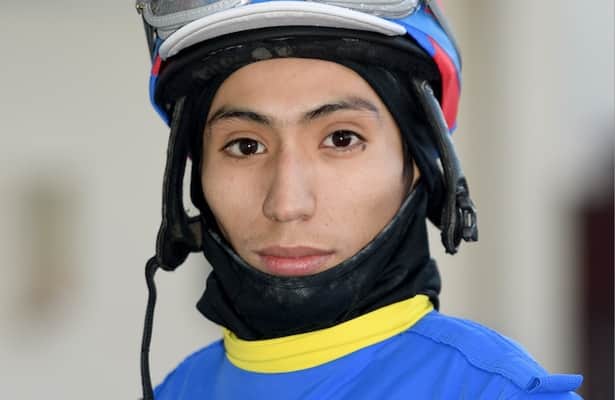 Jockey Luis Cardenas will miss about two weeks of racing after he sustained a concussion in a spill at Saratoga on Friday, the Daily Racing Form reported.

Cardenas was riding Strong Momentum when the horse fell in the stretch, suffering a catastrophic leg fracture and sending Cardenas hard to the turf, according to the report. Cardenas told DRF he was unconscious for almost 2 1/2 hours.

Cardenas said he had no time to react. "The horse went down, and I remember going down and then the next thing I remember is asking my fiancée, ‘Are we in Saratoga Hospital?’ "

He had been taken by ambulance to Albany Medical Center, and he was released Saturday, according to the report.

Cardenas, the leading apprentice jockey at New York Racing Association tracks in 2020, has a record of 33-38-68 from 475 starts this year.