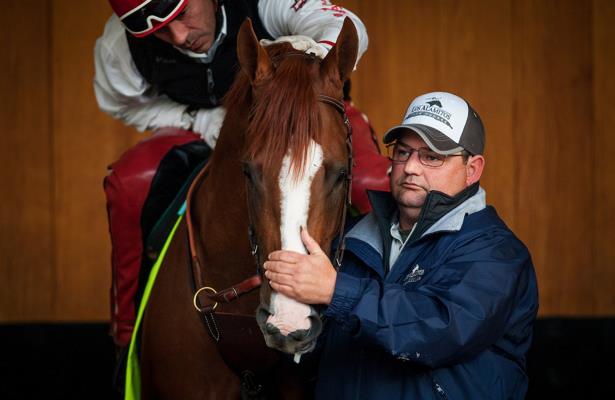 That the two-time Horse of the Year California Chrome would prove popular as a Japanese stallion began to reveal itself before the popular son of Lucky Pulpit was acquired over the winter by JS Company and sent to Arrow Stud.

JS Company’s Keisuki Onishi told Sexton that California Chrome, who formerly stood at Taylor Made in Kentucky, will cover at least 150 mares in his first season in Japan. It coincides with his initial crop of 2-year-olds hitting the racetrack in America.

“He has been very popular with breeders,” Onishi said. “…I have seen lots of his yearlings and weanlings at the sales in the U.S. I have an image that they could be more successful in Japan than other countries.

“Most of their details were quite average. They are not so heavy or light, not so strong or narrow. I think this characteristic probably suits the Japanese racing style.”

Overseas, California Chrome could be appealing should be pass on his own soundness on the racetrack to progeny. He also proved versatile, winning Grade 1 races on the dirt and turf.

It was widely reported that inflammation of California Chrome’s intestines, labeled a “minor” setback, would delay the beginning of his breeding season. Onishi said California Chrome has fully healed.