Belmont Stakes will move to Fox until 2030 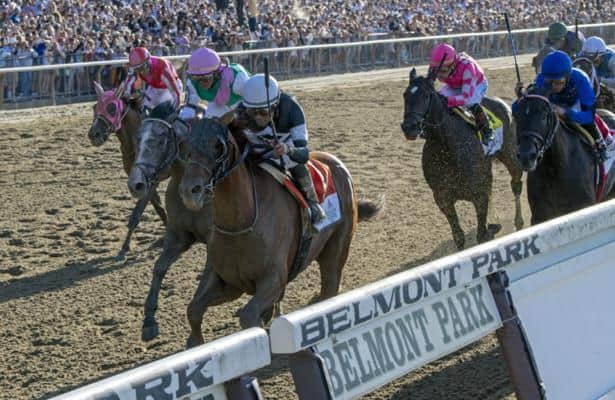 The eight-year agreement, which starts in 2023, is inclusive of the entire Belmont Stakes Racing Festival, the multi-day event preceding the Belmont Stakes comprised of dozens of elite thoroughbred races.

Additionally, the new deal grants NYRA Bets the title sponsorship to the Belmont Stakes. With this deal, the Belmont Stakes becomes the most prestigious American sports event to be sponsored by a gaming brand.

NYRA Bets is an advance deposit wagering business currently operating in more than 30 states, and majority-owned by NYRA with Fox Corp. holding a minority interest.

“From Secretariat to American Pharoah, the Belmont Stakes has been racing’s greatest test of the champion, and we couldn’t be prouder to bring it to FOX Sports,” Michael Mulvihill, Fox sports executive vice president, Head of Strategy and Analytics said. “The Belmont enhances FOX’s status as the industry leader in live events and is an important step in our evolution as a media and gaming brand.”

“Fox Sports has quickly become the year-round home of the finest thoroughbred racing in the country,” NYRA president and CEO Dave O’Rourke. “Their commitment to presenting innovative and informative coverage has had an enormous impact on reaching new fans and enhancing overall interest in the sport. That’s why NYRA is so pleased to expand our partnership to now include the Belmont Stakes on FOX for many years to come.”

An American tradition inaugurated in 1867 at Jerome Park Racetrack and moved in 1905 to its now familiar home at Belmont Park, the Belmont Stakes has provided fans with some of the most exciting moments in sports history. From Secretariat’s spellbinding 31-length victory in 1973 to American Pharoah successfully ending a 37-year Triple Crown drought in 2015, the Belmont Stakes is engrained in the consciousness of sports fans around the world.

NYRA and Fox Sports began their collaboration with Saratoga Live in 2016 at historic Saratoga Race Course. The critically acclaimed show, broadcast daily from the grounds of Saratoga, aired 80 hours of live coverage on FS2 and coincided with the national launch of NYRA Bets, NYRA’s mobile wagering platform now available in more than 30 states. FOX Sports’ total coverage of horse racing has grown every year since the partnership began, eclipsing 700 hours in 2020.

In 2019, Fox Sports became the national television home for Belmont Park, airing live coverage of nearly every race day throughout the fall and spring/summer racing seasons. That same year, the brand furthered its commitment to the sport by televising the Runhappy Travers to a national audience on the FOX broadcast network (Fox) for the first time in network history. Following its successful presentation, the Travers returned to FOX in 2020 and 2021.

In March of 2021, NYRA and Fox Sports expanded their partnership through a landmark media rights agreement. That agreement extended FOX Sports’ television rights with NYRA through 2030 and further expanded exclusivity for daily racing at Belmont Park and Saratoga Race Course. It also ensured that the Travers will remain on Fox through 2030.

The agreement announced in March provides a Fox Sports subsidiary with a future opportunity to increase its current 25 percent equity interest in NYRA Bets. Driven by a dramatic expansion in live television coverage on FOX Sports, NYRA Bets generated $250 million in wagering handle in 2021 and $225 million in wagering handle in 2020, a more than 100 percent increase compared to 2019.