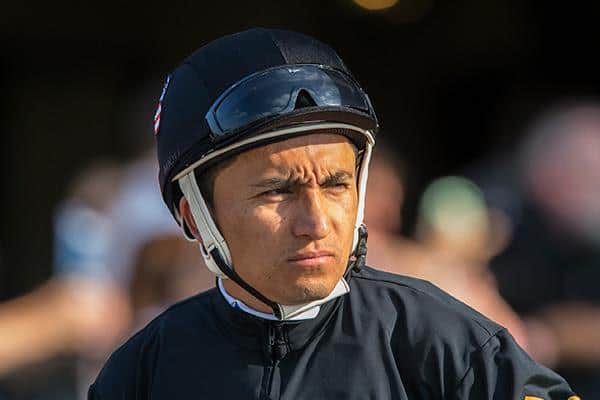 Jockey Rafael Bejarano's ejection from Ellis Park on July 11 and subsequent suspension this past weekend by Kentucky stewards was the result of a sexual harassment claim against Bejarano made by an employee of Ellis Park.

At the time of Bejarano's suspension, the Kentucky Horse Racing Commission and officials from Ellis Park declined to provide a reason. However, the allegations against Bejarano were confirmed to Blood-Horse by his agent, Julio Espinoza.

"He's never been in no type of trouble at all, period," Espinoza told Blood-Horse. "It's just one of those things … In reality, he didn't do anything wrong. He met the girl a couple of times. He just said hello, gave her a hug and kiss on the cheek, and said hi. And she said it was sexual harassment. You just have to be careful what you do nowadays."

"I am hoping it is something we can resolve with him, but the nature of the issue precludes me from commenting on it at this time," Inman told Blood-Horse.