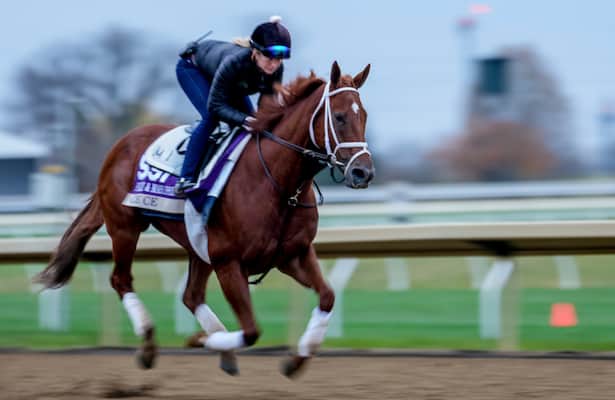 Ce Ce, winner of the Eclipse award as top female sprinter, was retired earlier this month and will be bred to Constitution, Daily Racing Form reported.

The 6-year-old mare most recently finished fourth in the Breeders' Cup Filly and Mare Sprint, a race she won last year.

Ce Ce is a Bo Hirsch homebred who was sired by Elusive Quality and trained by Mike McCarthy. She has a career record of 23: 11-2-4, including eight graded-stakes wins, and earnings of $2,407,100.

Her three wins from seven starts this year came in the Azeri (G2), Princess Rooney (G2) and Chillingworth (G3) – and she won the latter two last year as well.

“A mare like that, it’s hard to put into words,” McCarthy told DRF. “To have something like her in the barn made it really special.”