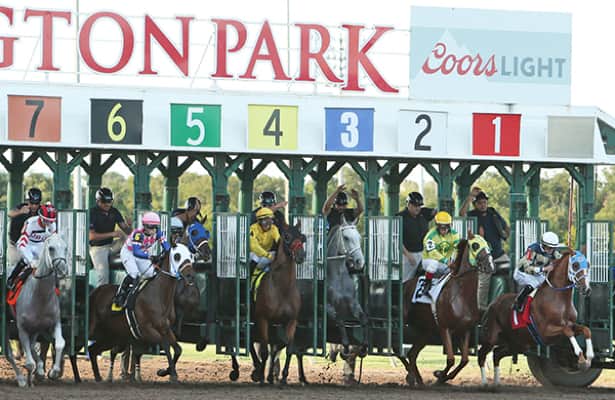 Racing at Remington Park was canceled Saturday night after two races had been run and jockeys elected not to ride the rest of the evening.

After the first two races of the evening, the Remington Park jockey colony met with track management and the horsemen’s representative, the Thoroughbred Racing Association of Oklahoma, for about 20 minutes. The jockeys then elected not to continue racing.

All wagers on race three Saturday night will be refunded, including any wagers made on the Pick 5 and the Pick 4 multi-race wagers. Rescheduling of the postponed seven races has not been determined.

The is the second race night of the season that jockeys elected not to compete. The first night canceled was on Saturday, Oct. 29.

There are no Ky. Derby points, but Newgate wins Bob Lewis
Bob Baffert couldn’t lose. The trainer of all four...